A New ‘Police Academy’ Movie Is Coming, According to Steve Guttenberg 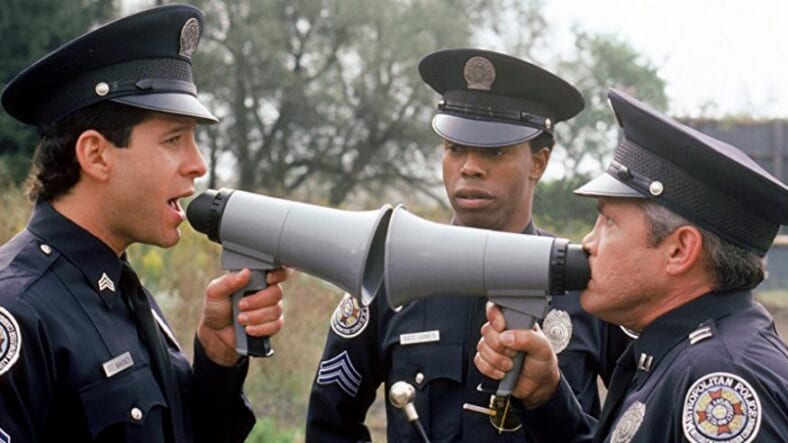 Either Officer Carey Mahoney is yanking our chain, or another Police Academy is on the way.

’80s actor Steve Guttenberg, who played the wise-cracking Mahoney in the original cult comedy and many of its subsequent sequels, confirmed the news on Twitter.

When a fan asked if the new movie would be set in London, Guttenberg replied, “…the next Police Academy is coming, no details yet, but it is in a gift bag being readied!”

Adam , the next Police Academy is coming, no details yet, but it is in a gift bag being readied! https://t.co/HxzdmqS6WP

Guttenberg’s profile in Hollywood rose drastically after the movie, leading him to land major roles in other box office successes including Three Men and a Baby and Cocoon. The movie also made stars of sound effects dynamo Michael Winslow, future Sex and the City star Kim Cattrall and comedian-turned-director Bobcat Goldthwait.

The last installment, Police Academy: Mission to Moscow, was released in 1994 to a skewering by audiences and grossed a pathetic $126,000 at U.S. box offices, according to Yahoo.

The tone of the franchise softened as ratings shifted from R to PG-13 and even PG over the course of six sequels.

Hopefully Police Academy 8 will return its comically raunchy roots. We’d certainly give it a stream on NetFlix if that ever happens.