Hell Yeah, Netflix Just Announced the Premiere Dates of So Many New and Returning Shows 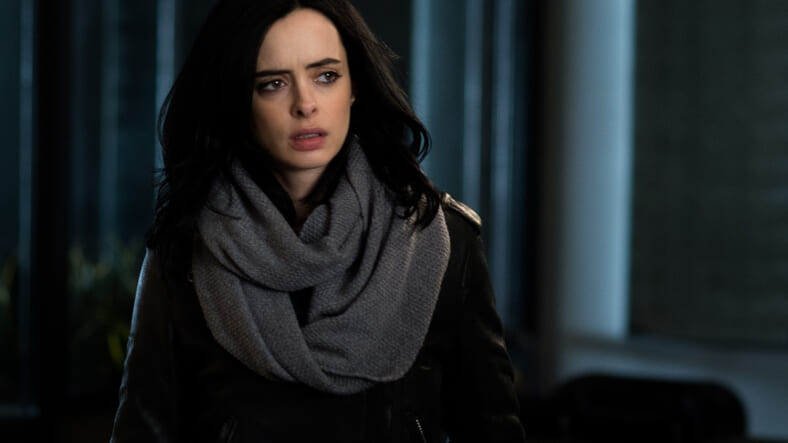 One of the only good ways to fill the endless dark void of tedium and disappointment in life is television. And since we need a constantly updating stream to keep us satiated at all times, there’s more of it than ever! Hell yeah. TV, man. Anyways, Netflix just dropped some major, excellent news into the cold, dark expanse of winter (and winter television). 2016 looks pretty good.

Here are the returning shows:

Jessica Jones was predictably renewed for a second season; no word yet on the premiere date. House of Cards is coming back for a fourth season, and even though we’re all pretty exhausted of Frank Underwood’s embarrassingly comic nefariousness, we’ll probably tune in — but they’ve gotta pull the plug soon. If you’re invested, for whatever reason, it’s coming back on March 4th.

Unbreakable Kimmy Schmidt is heading into its second season on April 15th. And even though you probably didn’t watch the first season of Grace and Frankie, you should step out of your comfort zone and get caught up before it comes back on May 6th. It’s Nancy Meyers-lite, and even though you’ll never admit it, I know you’ve seen Something’s Gotta Give at least ten times.

Orange Is the New Black closed out its third season on a strong note (the whole “less Piper Chapman, more everyone else” is a great formula they should keep working with), so I’m welcoming season four with open arms on June 17th.And finally, while we don’t have a date yet, Black Mirror is getting that long-anticipated new episode. Gugu Mbatha-Raw and Mackenzie Davis will be the leads, with Owen Harris (Kill Your Friends) directing. Praise be.

Love is a series from Judd Apatow that bills itself as “an unflinching, hilarious and excruciatingly honest take on modern relationships,” and with a description like that, it could be either great or horrible. Find out on February 19th. Will Arnett stars as a self-help guru in the comedy series Flaked, premiering on March 11th. And if you found yourself missing Ashton Kutcher, fear not: he’ll be in The Ranch, a comedy series about a failed pro football player who gets back into the family ranching business and no, I don’t know why this was greenlit. Watch it if you must on April 1st. (Still hoping it’s an April Fools’ Day prank.)

Marseille will be Netflix’s first French original production and before you lose interest, it’s about power struggles and casinos, so put up with the damn subtitles when it premieres on May 5th. Another big drama is Stranger Things, coming out on July 15, 2016. Revolving around the disappearance of a young boy, it’s an “extraordinary mystery involving top secret experiments, terrifying supernatural forces, and one very strange little girl.” We’re in.

Based on the first trailer we saw for The Get Down, a music drama based in the Bronx in the seventies (and from Baz Luhrmann), it’s going to kill. Sadly, we have to wait until August 16th.