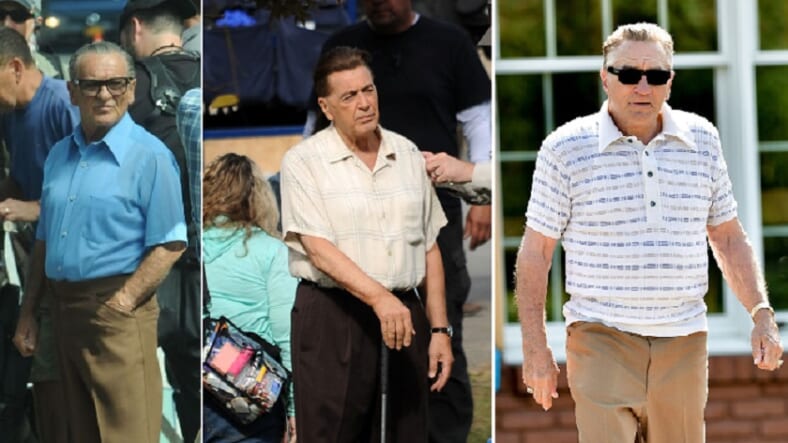 Al Pacino has started his work on Martin Scorsese's THE IRISHMAN as Jimmy Hoffa: pic.twitter.com/xTETuvNhwj

Only Martin Scorsese could get together a super group of mobster movie legends like Al Pacino, Joe Pesci, and Robert De Niro. He’s done that with The Irishman.

Earlier this week we got our first look at Pacino as long-vanished Teamster boss Jimmy Hoffa, and it’s not shocking to note that he already looks as if he’s disappeared into the role.

Irishman is based on a I Heard You Paint Houses, a true crime book about the exploits of mob boss and suspected prolific assassin Frank “The Irishman” Sheeran, played by De Niro.

Sheeran had a prolific career and was deeply involved in some of the most legendary crimes of the 1970s, including the disappearance of Hoffa, who allegedly said “I heard you paint houses” on first meeting Sheeran—code for acknowledging the Irishman was a hit man.

Based on photographs of the characters on-set, it looks as though Scorsese is preparing viewers for a dark journey into the very real world of shady mob operators in 1970s New York.

While it’s striking to see Pacino in character, it’s worth noting that this is the 7th film featuring both De Niro and Pesci.

We’ll find out just how good when The Irishman is released sometime in 2018.