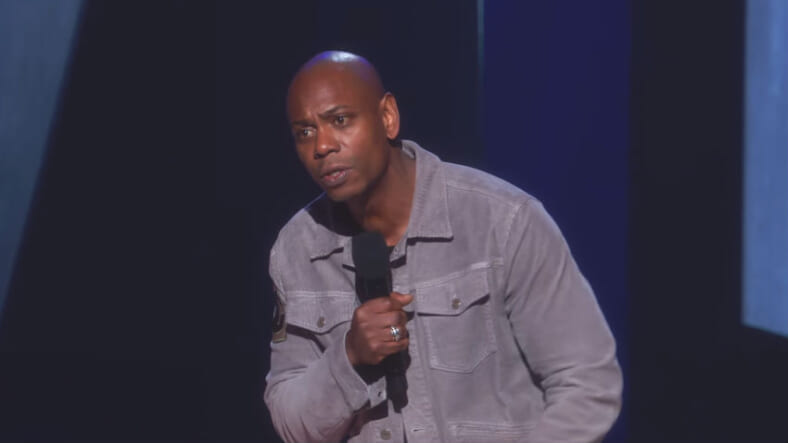 We’ve been through an intensely political year. No matter what side you’re on, everyone can agree with that.

Dave Chappelle, who has made a career partly out of not being afraid of anything, gets right into thorny, politically-charged issues in his new Netflix special, Equanimity. As the caption under this video’s Youtube page says, “…Chappelle has never had a problem with white people ever in his life — but that doesn’t mean he always agrees with them.”

“I know that rich white people call poor white people trash,” Chappelle says, “and the only reason I know that is because I made so much money last year the rich whites told me they say it at a cocktail party.”

He rides the laughter then jumps in as it subsides with, “And I’m not with that shit.”

Chappelle goes deeper into political territory, tackling several sides of issues in the way only this often controversial comedian can do.