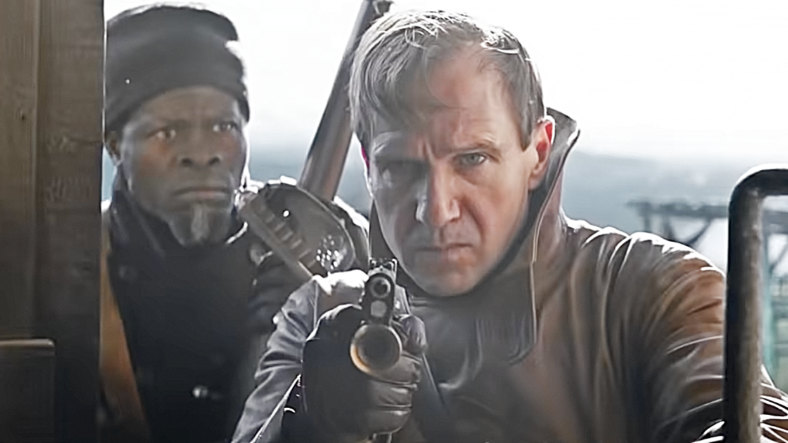 The King’s Man prequel to the incredibly successful Kingsman franchise takes place 100 years ago — during World War I — and this new featurette for the upcoming movie does a neat job of tying the movies together.

We get slightly de-aged Taron Egerton and Colin Firth from the first films in the series in flashback moments designed to clarify their direct lineage from Ralph Fiennes‘s Orlando Oxford. Kingsman agents have been around since the 1800s, according to a line heard in voiceover from Fiennes, and they do two things: dress well and kick ass for King and country.

Fiennes’s refined, early 20th-century man of means doesn’t actually say the last part about kicking ass, but the footage might as well scream it.

One of the best things about the Kingsmen movies has always been the blend of hyper-stylized action with dizzying camera work (the infamous “church fight” in the first movie, seen above, is breathtaking every time) and all the previews we’ve had so far show that hasn’t changed — they’ve just added some manly umbrella-wielding beatdowns.

The synopsis for The King’s Man has never been very informative:

One man must race against time to stop history’s worst tyrants and criminal masterminds as they get together to plot a war that could wipe out millions of people and destroy humanity.

In the featurette we essentially get some blanks filled in — “Mad Monk” Rasputin is a supervillain with bad teeth and Charles Manson eyes and he’s got a cabal behind him that seeks to keep the worldwide conflict ablaze. It looks like the old-school Kingsmen have to make it to a Russia roiled by revolution before they really get into it with the bad guys.

The most effective thing about the featurette is how well it stokes anticipation for a movie that’s been delayed since 2019 due to the coronavirus pandemic.