“As I understand it, we’re trying to prevent World War III.” 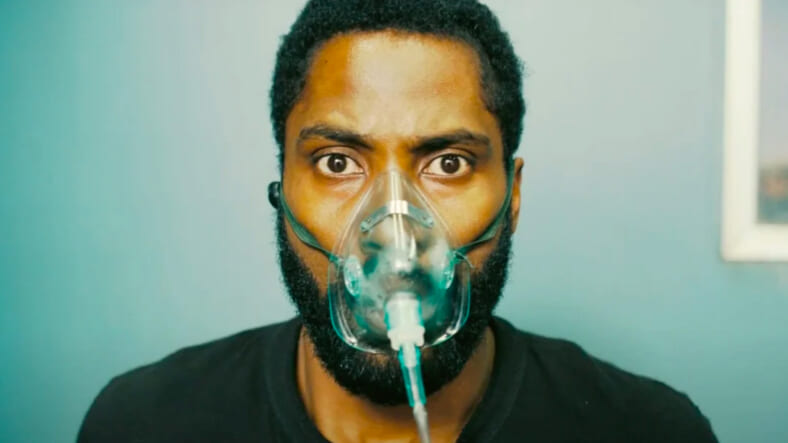 Christopher Nolan doesn’t do small ideas or quiet movies. His upcoming reality-warping thriller Tenet, while still a big question mark in many ways, is definitely in keeping image-wise with previous work like Inception.

There are badass, wisecracking guys with special skills—co-stars John David Washington and Robert Pattinson—and apparently a big story that involves shenanigans with the very nature of time itself that will likely need an explanation that Nolan won’t provide. The most important thing we truly know from this new trailer, which premiered within the video game Fortnite, is that as one character understands it, they “are trying to prevent World War III.”

Here’s a synopsis, such as it is, from IMDB:

Armed with only one word — Tenet — and fighting for the survival of the entire world, the Protagonist journeys through a twilight world of international espionage on a mission that will unfold in something beyond real time.

And in the trailer, guns fire in reverse and planes crash from the ground rather than the air, so yeah, it gets wild.

Tenet is still slated to premiere in theaters—currently closed around the world due to the coronavirus pandemic—and IMAX head Richard Gelfond told Variety that he doesn’t “know anyone in America who is pushing harder to get the theaters reopened and to get his movie released than Chris Nolan.”

If Nolan gets his way, we’ll see just what the heck is going on here when Tenet premieres on July 17, 2020.