Original director Zack Snyder is ready to show his vision of the DC Universe to the world. 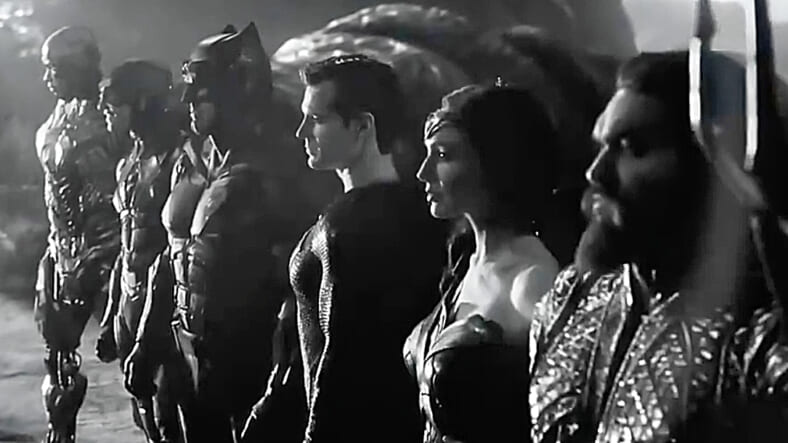 When it comes to Warner Bros. and its DC Universe movies like Justice League, the drama behind the camera has often been as intriguing as what was on screen. Like how Zack Snyder was the original director of the superhero team movie till he was booted and Joss Whedon took over for the final cut.

This led to later problems, including what many at first assumed was a mere rumor that there was a “Snyder Cut” of the movie that was ostensibly far superior to Whedon’s version–which did killer box office but got abysmal reviews.

It was not a rumor.

The Zack Snyder edit of Justice League was always the real deal and now we get a preview of just how different it could’ve been in the video above. It’s a dark, brooding look at the same movie but there are numerous scenes in the two-plus minute video alone that didn’t show up in the Whedon version.

As a reminder, here’s the WB synopsis for the movie:

Fuelled by his restored faith in humanity, and inspired by Superman’s selfless act, Bruce Wayne enlists newfound ally Diana Prince to face an even greater threat. Together, Batman and Wonder Woman work quickly to recruit a team to stand against this newly-awakened enemy. Despite the formation of an unprecedented league of heroes in Batman, Wonder Woman, Aquaman, Cyborg and the Flash, it may be too late to save the planet from an assault of catastrophic proportions.

Those who have been pining for it since the movie’s premiere exactlthree years ago (Nov. 17, 2017) will finally get to see the Snyder Cut on HBO Max on September 5, 2021.