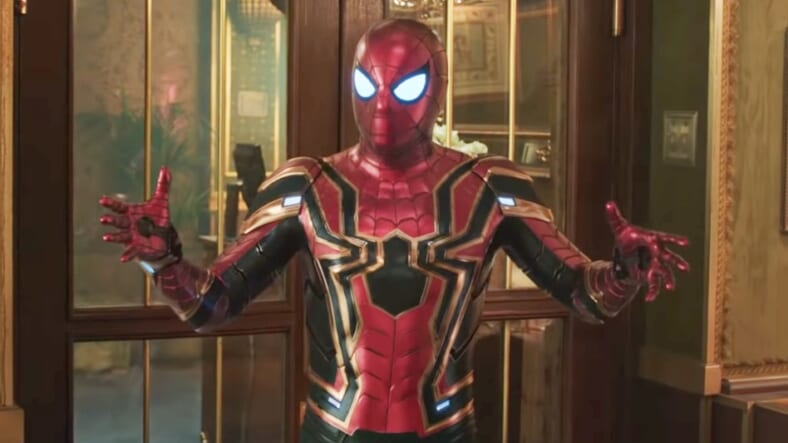 “Bitch please, you’ve been to space.”

Samuel L. Jackson‘s Nick Fury gets the best line by far in this new trailer for the upcoming Spider-Man: Far From Home. Bonus: It’s the most Samuel L. Jackson line ever said in any Marvel flick.

That said, there are plenty of other great reasons to watch this, as it promises a movie that’s lighter and funnier than Avengers: Endgame but no less action-packed.

There are also—as Tom Holland (minus the American accent he affects as Peter Parker) warns at the outset—some good reasons to not watch.

Namely this: If you haven’t seen Avengers: Endgame, this will likely spoil the hell out of several big plot points from that movie.

So, if you haven’t clicked yet, consider yourself warned.

Peter Parker’s relaxing European vacation takes an unexpected turn when Nick Fury suddenly shows up in his hotel room. Parker soon finds himself donning the Spider-Man suit to help Fury stop the evil Mysterio from wreaking havoc across the continent.

Jake Gyllenhaal, of course, is Mysterio. He appears to be another superhero in the trailers, and in this one it’s revealed he may have come from an alternate universe.

In the Spider-Man comics Mysterio is in some respects the ultimate con man, so take all that with a grain of salt.

If the massive publicity push behind Avengers: Endgame hasn’t left you saturated with Marvel madness yet, then get ready—Spider-Man: Far From Home is in theaters on July 2, 2019.