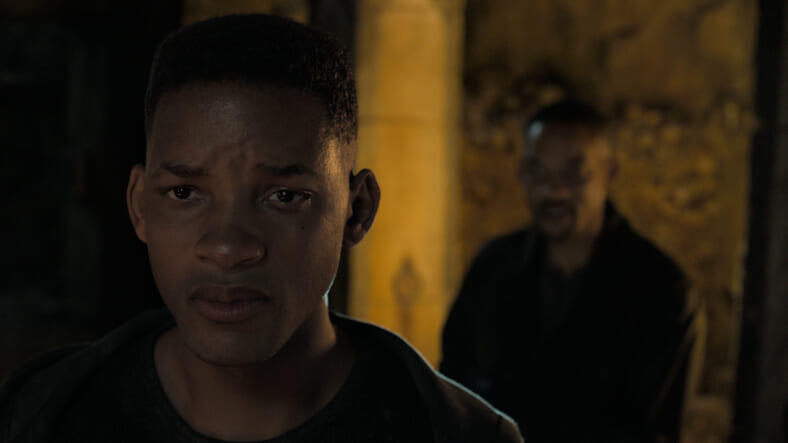 Men in Black star Will Smith returns to the sci-fi universe in the latest trailer for Gemini Man, in which he plays Henry Brogan, a world-weary assassin who faces off with a younger, faster, stronger version of himself.

Smith’s 50-year-old Brogan does battle with his 23-year-old, CGI-sculpted doppelgänger, who has been trained in the lethal arts by Brogan’s ex-boss Clay Varris, played by Sin City actor Clive Owen.

“25 years ago, he took my blood,” the older Smith tells his younger self. “He made you from me. He’s been lying to you the whole time.”

Gemini Man opens in theaters October 11, 2019. Check out the trailer above, and watch the behind-the-scenes featurette below for more.