They were underpaid and overworked. 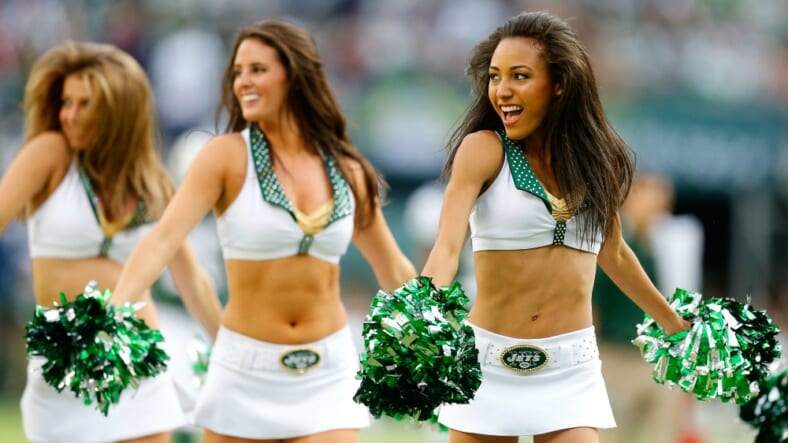 The New York Jets have agreed to pay its cheerleading squad $325,000 instead of fighting a class-action lawsuit that accuses the team of underpaying and overworking members. Now that’s reason to cheer.

Filed in 2014, the lawsuit is one of a handful brought by NFL cheerleaders in recent years. They’re all based on the same complaints: Teams pay little, require cheerleaders to do hours of unpaid work and refuse to cover the cost of requirements like professional hair and make-up. All this, while teams bring in hundreds of millions in revenue.

This lawsuit is the fourth of its kind to reach a settlement. Cheerleaders for the Raiders, Bengals and Bucs have all settled with their teams over similar accusations. The Buffalo Jills however, are still fighting the Bills over low wages and some bizarrely degrading practices.

In a complaint filed against the Bills, one cheerleader said coaches subjected the squad to weekly “jiggle tests” meant to embarrass them for extra weight they might carry on their upper arms, among other places. They were also forced to participate in a creepy golf tournament that included nonsense like “Flip for Tips,” where horndogs paid to watch cheerleaders do back flips. The money, of course, did not go the them.

The issue of cheerleader pay has largely been litigated in each team’s hometown, as squad members are employed by the teamsm not the league. Roger Goodell, quite unsurprisingly, has shown little interest in doing anything about the issue.

But there’s some hope for NFL cheerleaders and it comes from California. After the Raiderettes made their substandard working conditions known in 2014, Governor Jerry Brown signed a law ensuring that cheerleaders receive minimum wage.

It’s not much, but it’s something.