And opponent equated it to slavery. 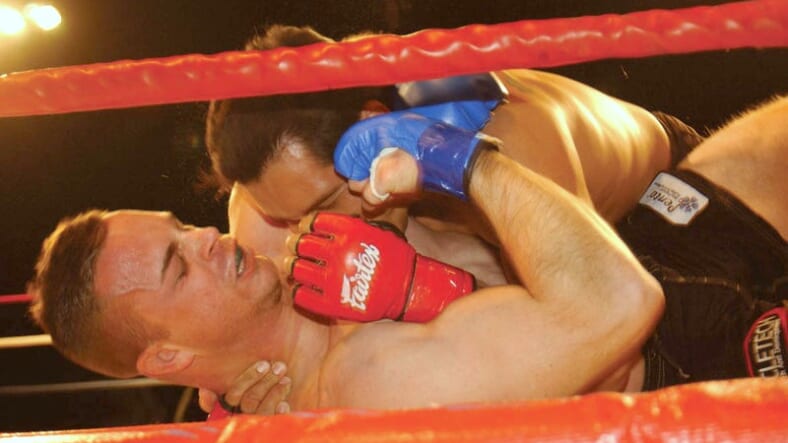 For nearly 20 years, the state of New York has banned mixed martial arts. But after a bizarre day of debate on Tuesday that ban was finally overturned, making New York the last of the 50 states to allow MMA within its borders.

Assemblywoman Deborah Glick, another opponent, suggested that allowing professional MMA fights would lead kids to fight more at school. She wasn’t the only one concerned with the violence. Brooklyn Assemblyman Charles Barron said, “This is barbaric and it should be banned.” He went on to compare the sport, in which adults voluntary participate, to slavery and police brutality.

The bill now goes to the Governor Andrew Cuomo’s desk for signature. The UFC, which has been working to bring events to New York, with its eye on Madison Square Garden, is pumped.

After the vote, UFC co-owner Lorenzo Fertitta said he’s hoping to hold at least one and possibly two events in New York before the end of 2016. With the bill awaiting the governor’s signature and the state athletic commission still yet to adopt rules, Fertitta couldn’t say exactly when or where the first New York event will take place.

He was sure of one thing, though: “It’s going to be an epic moment for the sport. We want to deliver to New York in a big way.”