Fans of the classic HBO show can start the countdown now… 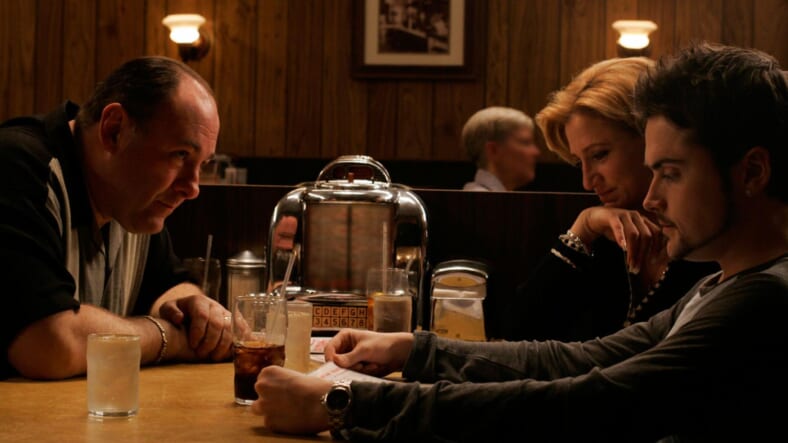 The long-awaited prequel to The Sopranos finally has a release date and a snappy new name.

New Line Cinema’s Newark, cut down from its previous working title of The Many Saints of Newark, is slated to hit theaters on September 25, 2020, according to Deadline.

The Sopranos creator David Chase is set to produce and write the movie alongside Lawrence Konner, who penned multiple episodes of HBO’s iconic mobster drama.

As Maxim previously reported, Michael Gandolfini has been cast as a young Tony Soprano. His late father, James Gandolfini, played the titular mob boss throughout the show’s run.

Many of the series’ greatest characters will also appear. Deadline has further details:

The pic, directed by Alan Taylor, stars Alesandro Nivola, Vera Farmiga, Ray Liotta, Jon Bernthal, Corey Stoll, Billy Magnussen [and] John Magaro. Nivola will play young Dickie Moltisanti, the late father of Christopher Moltisanti (played by Michael Imperioli) and cousin of Carmela Soprano. Dickie never appeared on the HBO series, and was whacked before the story’s timeline. His legend hangs large as a pivotal member, along with Tony and Uncle Junior, as someone who transformed the family into one to be reckoned with in the Tri-State area.

The filmmakers are keeping most plot details under wraps, but we know that it will depict the violence that erupted between African Americans and Italian Americans as they battled for turf in 1960s Newark, New Jersey.

But one thing’s for sure, the movie can’t come soon enough for diehard fans.

While you’re waiting for Newark to hit theaters, tide yourself over with these fascinating facts about the show, which recently celebrated 20 years since it first aired on HBO.

Tags: Entertainment movies Newark news The Many Saints Of Newark The Sopranos tv