Watch the Newest ‘Call of Duty: WWII’ Trailer Only If You’re Not Afraid of Gore, Explosions or Awesomeness

Time to kill some Nazis, boys. 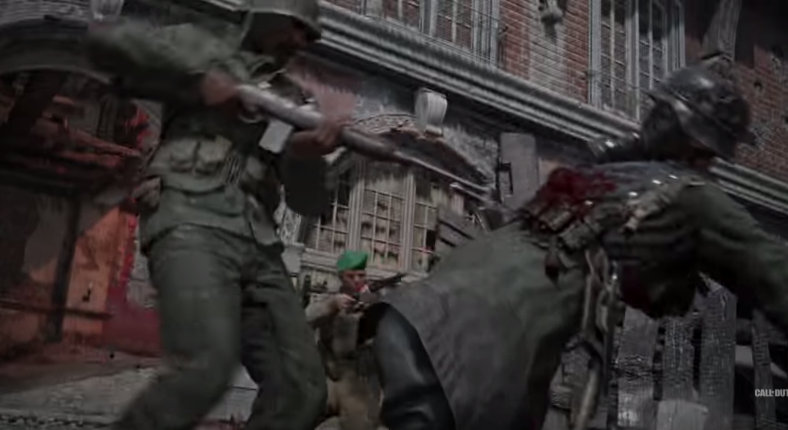 As we explained in out comprehensive guide to Call of Duty: WWII, everyone’s favorite war game is returning to its roots. The original Call of Duty from 2003 put you on the front lines and in the trenches of some of World War II’s most intense moments, and 14 years later, Activision is taking the veteran series back to Europe in the 1940s.

Now we have more to sink our teeth into, the trailer for the multiplayer version of the game’s private beta. Per our friends at TechCrunch:

On the heels of the CWL Champs tournament (congratulations, Optic Gaming!), Activision and Sledgehammer have announced that the private beta for CoD: WWII will go live on August 25, and have concurrently released a trailer for the multiplayer beta. The beta will be available on PS4, and will include some of the same content we saw at E3 this year, including three maps and a new game mode called War Mode.

We’re excited to get any glimpses of the game—one of the most anticipated of the year—which has its beta release on August 25th and full release on November 3rd, 2017.

And don’t say grandpa never did anything for you!