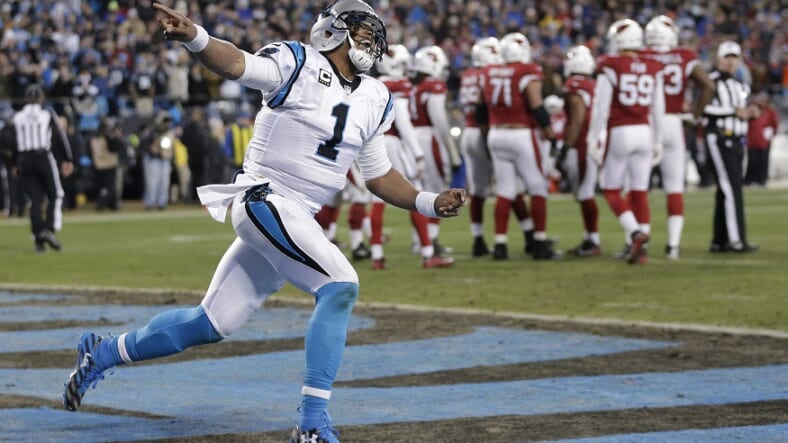 The Carolina Panthers battled the Arizona Cardinals for the NFC Championship in Charlotte, North Carolina Sunday night. It was a wildly uneven match-up for much of the game. In the end the Panthers were victorious with a blowout win, 49-15. They will face the Denver Broncos in Super Bowl 50.

The Panthers charged into play as if they were actual big cats stalking prey, rapidly stacking up points in the 1st quarter with a Graham Gano field goal, Ted Ginn touchdown and a massive TD pass from Cam Newton to Corey Brown before the Cardinals finally answered with a touchdown of their own in the 2nd quarter.

The Cardinals wouldn’t score again till the 4th quarter when Carson Palmer passed to Darren Fells for a touchdown. By then the Arizona team was 19 points in the hole.

There was ultimately no coming back against Cam Newton and his fast and fiercely committed offense in the end, in spite of clearly committed work from the Cardinals defense.

Super Bowl 50 will be the Denver Broncos and NFL living legend Peyton Manning against true rising star Cam Newton and the Carolina Panthers.

Cam Newton was 9 years old when Manning entered his rookie season with the Indianapolis Colts in 1998. We’ll see if experience and strategy trumps youth and energy on Super Bowl Sunday, February 7, 2016.