The league promptly walked it back. 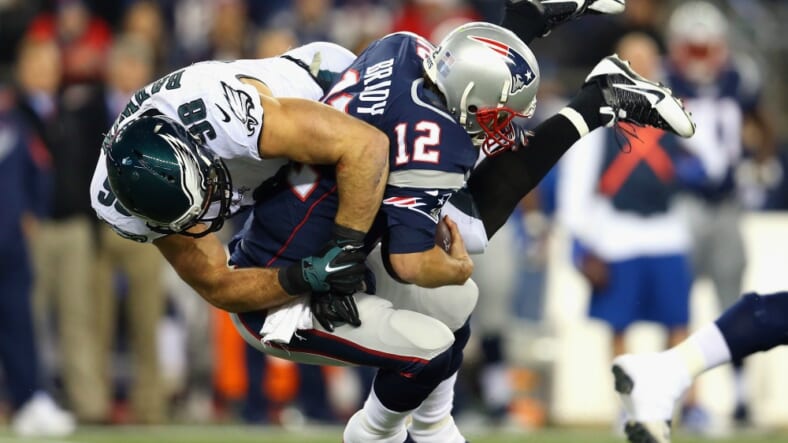 It’s a sad commentary on the NFL’s obstinance in the face of an obvious problem, but here we stand in March of 2016: an NFL official has publicly acknowledged for the first time that there’s a link between football and the degenerative brain disease CTE.

The admission came during a panel on concussions hosted by the House Committee on Energy and Commerce Monday. Asked about a link between football and CTE, the NFL’s VP for health and safety Jeff Miller said, “The answer to that question is certainly yes.” Miller cited research conducted by Boston University’s Dr. Ann McKee that has found CTE in the brains of 90 out of 94 retired players who donated their brains for posthumous dissection.

Miller’s statement is a big deal because it runs counter to years of fence-sitting by the NFL. Just last month, a doctor who serves on the league’s Head, Neck and Spine Committee flatly said, “No,” when asked about such a link. That’s obviously nonsense, but it’s the position the league takes to insulate itself from what could be a game-changing admission.

So, why now? Is this the first sign of an institutional change from the NFL? Not a chance. The league is already walking back Miller’s statement. “He was discussing Dr. McKee’s findings and made the additional point that a lot more questions need to be answered,” NFL spokesman Brian McCarthy said in a statement.

Ah, that’s the stuff. The NFL’s all about answering “more questions” without defining what those questions are. And remember, these are questions that plenty of scientists unconnected to the league don’t have. As Dr. McKee said at the same hearing as Miller, “I unequivocally think there’s a link between playing football and CTE.”

But don’t be surprised the league is trying to retract Miller’s admission so quickly. His words are already being used against the NFL in court by a lawyer representing retired players who are suing the league.