This NFL Combine Wardrobe Malfunction Is Painful to Watch 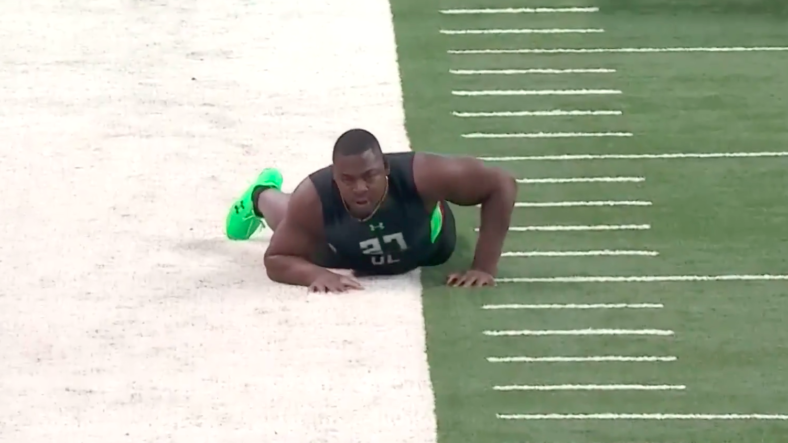 In real-time, this looks like a video of former Mississippi State defensive lineman Chris Jones taking an unfortunate tumble at the NFL Combine. But on second view, with the benefit of slow motion, it becomes clear that Jones didn’t just stumble to the ground—he fell while trying to conceal his dick, which was flapping free in the wind like a windsock.

It’s really no surprise that this kind of thing would happen to a giant man exercising in his underwear. What is surprising though is that the doofs commentating on this had no idea what was going on. Or maybe they did. That last line from Rich Eisen—”These guys, if they fall, they fall down hard and long.”— was either a subtle acknowledgment or a fantastic coincidence. Either way, it was extremely well-timed.