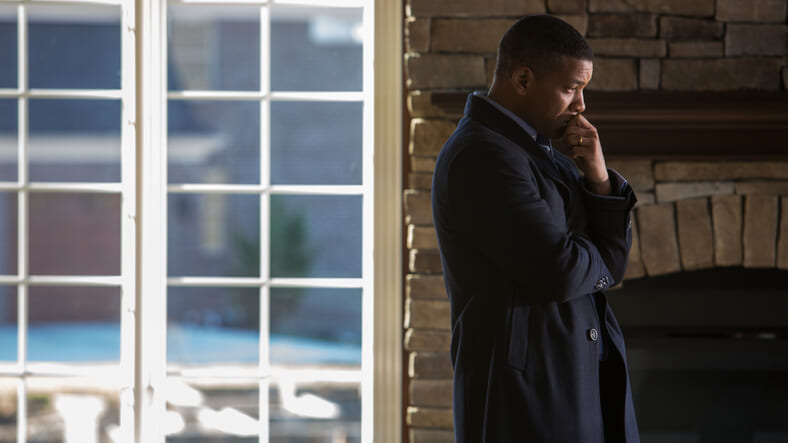 Sony is offering NFL players free admission to Concussion, the studio’s Oscar-baiting drama about a doctor who uncovered a brain condition related to trauma on the football field and battled with the football league to take responsibility.

Will Smith plays Dr. Bennet Omalu, the doctor who discovered the deadly chronic traumatic encephalopathy (CTE) and was the subject of the GQ article “Game Brain,” which was adapted into the screenplay for Concussion.

NFL players plus one guest are invited to attend any Concussion screening after the film’s Christmas Day opening. Sony has already given private screenings to some current and former NFL players.

“This is a movie for the players, so we wanted to give them a chance to see it before its nationwide release and free admission during its run in theaters,” Concussion producers Ridley Scott and Giannina Scott said in a statement.  “The movie is so inspiring – Will Smith gives one of the best performances of his career… The odds were stacked against [Dr. Omalu], but he had the truth on his side, and now, his discovery is all anyone’s talking about. We think the players will enjoy watching this movie about Dr. Omalu’s incredible courage – courage that changed the game.”

And here is the best Twitter response to the news:

Maybe Paramount can offer free tickets to THE BIG SHORT for people who had their homes foreclosed on.