The league is reportedly unhappy with the doctor conducting the research. 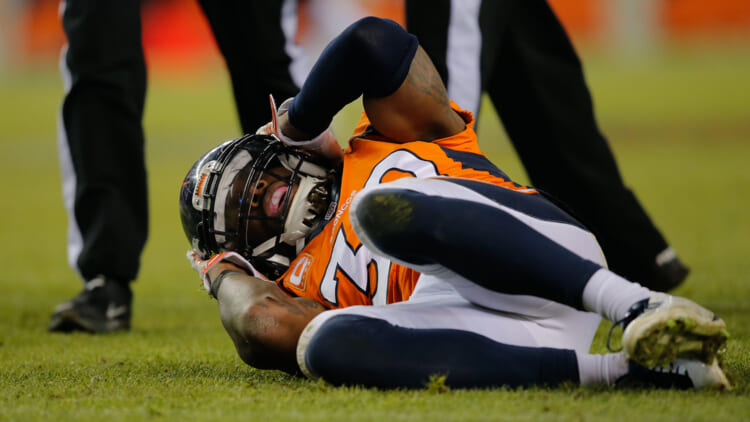 When the NFL donated $30 million to the National Institutes of Health in 2012, it did so with the understanding that the money would go toward increasing knowledge about the effects of brain injuries sustained while playing football. Other than that, there were no strings attached to the donation.

At least that’s what the league said at the time, but a report on Tuesday from ESPN’s Outside the Lines says different. The NFL has reportedly retained power of the purse on its donation and recently yanked money from a study aimed at finding a way to diagnose CTE, a brain disease brought on by head trauma, in living patients. As of today, it can only be found during an autopsy. Earlier this year, researchers found that 96 percent of the deceased NFL players they examined showed signs of CTE.

Outside the Lines’ sources say the league’s hesitation to fund the study is rooted in its opposition to the Boston University professor leading the group of scientists conducting the research. Dr. Robert Stern is not exactly a friend of the league, criticizing the NFL’s $765 million concussion settlement in 2014. “I just don’t want a settlement to go through without people understanding what it truly means,” he said at the time.

The NFL has denied that it pulled funding from the story, with a league spokesman tweeting that it “is not accurate.”

That’s likely a semantic argument, as Deadspin points out. Whether the NFL yanked the money from the study or simply never allowed it to be used by Stern’s group, the fact remains that the league lied about its donation being unrestricted. The NFL, OTL reports, maintains veto power of how that money is allocated.

Perhaps that shouldn’t be a surprise. The NFL has never been interested in the unvarnished truth when it comes to the effect of head injuries on the longterm health of players. For years, the league denied any negative consequences of a career full of concussions. But recently, the NFL has given millions to startups working on technology to lessen the impact of concussions and research studying the impact of brain injuries in sports.

Turns out, those studies shouldn’t always be taken at face value though. As Bloomberg reported earlier this year, the NFL has switched its strategy for dealing with this issue. The days of denial are over, and they’ve been replaced with the era of “league-affiliated researchers simply casting doubt on others’ scientific conclusions.” But when its faced with a researcher like Stern, who’s anything but league affiliated, the NFL has no control. And that’s likely why he and his team don’t have a dime of the league’s money.