The NFL Forced Broncos Punter Britton Colquitt to Pay $1,800 Just For Being a Good Dad

This is just plain low. 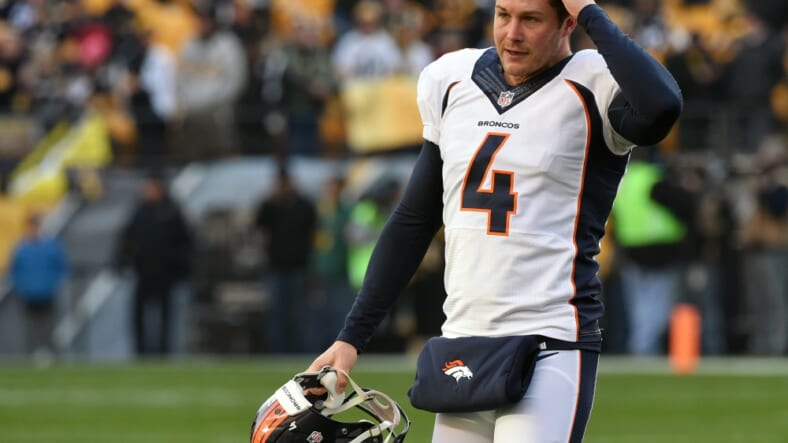 Broncos punter Britton Colquitt is getting into Super Bowl 50 for free. That’s one of the perks the NFL extends to players who will play in the game m — but not, apparently to newborn babies, which is why the league is requiring Colquitt to pay for a seat at Sunday’s big game for his newborn daughter.

“There’s no age limit to tickets. It’s $1,800 for our week-old daughter we just had. It’s kind of crazy,” Colquitt told the Denver Post. “If we win and my wife and two kids are there, but she’s not, how do I explain that to her?”

According to CBS, each player is allotted 15 tickets for the game for friends and family, but they have to shell out a cool $1,800 for each one, including Colquitt’s daughter, who was born just days before the AFC Championship and will likely spend the duration of Super Bowl 50 sleeping and eating.

Eating is actually the reason why the baby has to attend Super Bowl 50 in the first place. Colquitt’s wife, who’s breastfeeding, will be there, ruling out the possibility that Colquitt find a babysitter for the infant. If you’re thinking that the mother could just pump milk and give the baby a bottle or stay home with the kid, you’re overthinking things.

There’s an obvious solution to this problem: let the newborn into the game for free. Even notoriously greedy airlines don’t charge for children under two if they’re going to sit a parents lap. This baby is too small to even do that. It seems insane that the NFL won’t make an exception.

Lest we forget, though, the NFL is home to a team that fined a dad for skipping a meaningless halftime meeting to watch his daughter perform. A commonsense approach to family issues that isn’t motivated by greed isn’t exactly what the league’s known for.