The NFL is working on big things — and die-hard fans will be pleased. 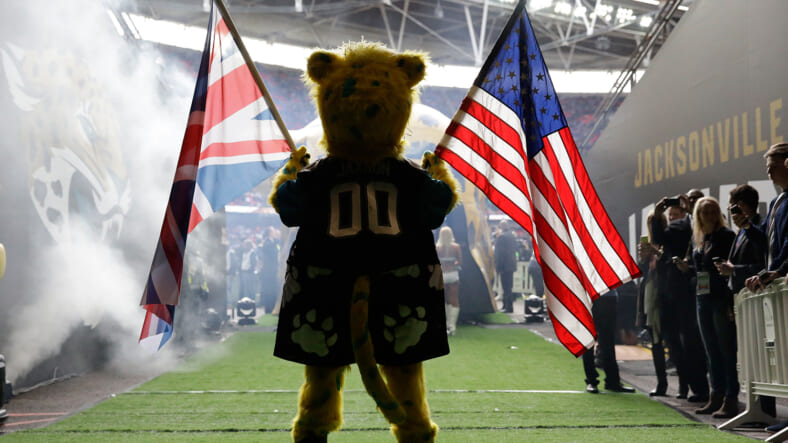 The NFL is planning to live-stream all three games played in London next year in a long-awaited push into internet broadcasting for the country’s biggest sports league. The rights to stream the three games, which will all be played in October, are being auctioned off and both Google and Apple are in the on the bidding, Reuters reports.

From a fan perspective, live-streaming matters because it could change the way we enjoy football—and how much football we enjoy.

The NFL prefers to start London games at 9:30am EST, which is not a time slot during which we’re hardwired to watch football (not yet at least.) If the NFL truly wants to take over our entire Sundays, streaming the early games is a smart move.

It allows fans to watch football in that small window of each Sunday when they’re expected to be doing something else. And since the games will be streamed, they can even watch them while they do that something else.

The league first experimented with live streaming last season when it teamed with Yahoo to broadcast a Buffalo Bills and Jacksonville Jaguars game in October. The NFL considered it a huge success.

As the NFL moves closer to widespread streaming, it begins to catch up with the NBA, NHL and MLB, all of which offer live streaming products. Streaming three games a year doesn’t get us all the way there, but it does point toward a future where more games will be accessible without a TV—good news for those of us who’ve cut the cord and for those of us who like to make brunch plans on Sunday mornings.