“I’ve even created a new word for myself called ‘entrepretainer,’ which is just somebody who’s like, ‘My business hat is always on, even when I’m entertaining.'” 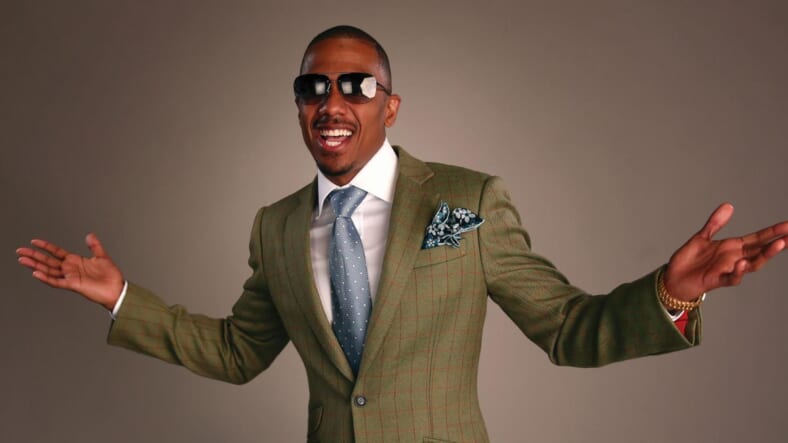 Nick Cannon is a worker, a grinder, a hustler.

In the world of social media, insta-celebrity and shortcuts to fame, Cannon, Maxim’s Entertainment Adviser, is old-school, working across the industry from TV and film to music.

He’s as likely to appear in a boardroom or pitch meeting as he is on stage or in front of a camera, and it’s this diversity of abilities and need to be in constant motion creating something new that makes him such a rare breed.

We managed to get the multi-hyphenate superstar to slow down long enough to discuss what keeps him driven and how he maintains the same energy and enthusiasm that cemented his fame more than a decade ago.

On Choosing His Projects:

Really it’s whatever’s intriguing to me at the time…I don’t do anything unless I enjoy it.

I’ve kind of been blessed enough in my career at this point that I only do stuff that I get excited about. Whether it’s a film [or] music, if I’m passionate at the moment about songwriting or producing something, then I’ll do that.

On Finding Success Behind the Scenes:

I think as I’ve gotten older I’ve lost the excitement about wanting to be famous — being seen, and being in front of the camera. I get more intrigued by the creative process. So I try to do more behind the scenes.

The entrepreneur in me and the content creator is just really excited about anything that I can produce, or fund, or finance, or direct. That stuff I feel like has a lot more longevity, and it’s a lot more lucrative much of the time. Once you have ownership and you’re branding and you’re producing something.

On His Career and Passions:

I don’t even see [what I do] as a job or multiple jobs. I see it as it’s like I’m an entertainer [and] I’m a creative. Being a creative, you do it on every level. So whether it’s a writer, a performer, an actor, musician, even someone who’s a business person in a state of entrepreneurship, it all comes from a place of creativity.

So I just feel like I have many different avenues and vertices to be creative on. I’ve even created a new word for myself called “entrepretainer,” which is just somebody who’s like, “My business hat is always on, even when I’m entertaining.”

On Keeping His Drive Despite Success:

I feel like there’s an internal ticking clock. I almost feel like, really it’s a miracle that I’m here, and I feel like at some point the floor’s gonna drop out, and they’re gonna take it all back. I feel like I gotta keep cooking while the pot is hot.

You know that’s just a drive and a hustle that’s been in me from day one. I was a kid who grew up in Section 8, in government housing…. So the fact [is] that I’ve been blessed to do all of the things that I’ve been doing.