Nickelback Covered a Metallica Song, and People Are Livid 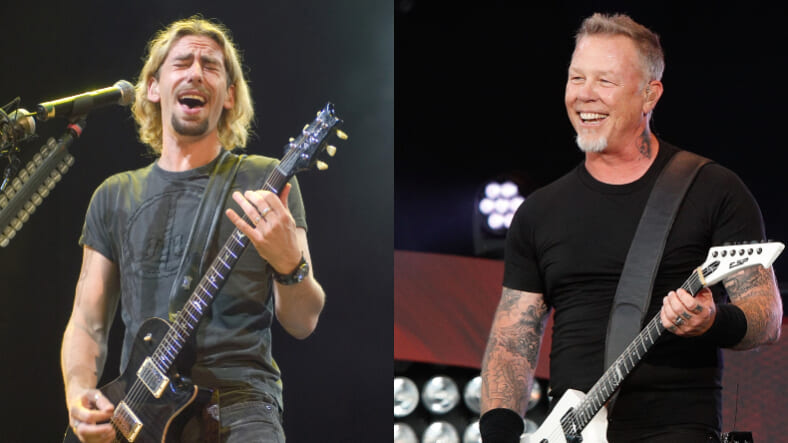 People don’t like Nickelback. Science has even explained why the post-grunge rockers are so universally hated. But do they hate them as much when they’re playing a staple of Metallica’s discography?

If reactions to a now-viral video of Chad Kroeger and company performing “Sad But True” are any indicator, then the answer is yes. Watch the Canadian band’s brave cover of the “Black Album” single below:

Pretty good, right? Nickelback’s drummer even rushed the opening fill, just like Lars Ulrich would! If it weren’t for Kroeger’s shoddy vocal impression of James Hetfield, one might actually mistake the clip’s audio for a live Metallica performance.

Some listeners disagreed with this writer’s opinion and lashed out on Twitter.

Nice try Nickelback but you’re still dogshit,” one person wrote in a mangled tweet. “Metallica are eons ahead of you in longevity, lyrically, instrumentally.”

Nickelback covering Metallica sounds like one of chemical reactions labelled "Don't try this at home".

The words Nickelback and good should never be used in the same sentence.

Others were more positive in their 280-characters-or-less reviews.

Say what you will about @Nickelback , but they deserve respect for this @Metallica cover 🤘https://t.co/aas9xhvOsz

That one time Nickelback was sort of ok. .@DLoesch – Sad But True (Metallica cover) https://t.co/5J4JicrEOm via @YouTube

If Nickelback’s cover isn’t your thing, check out these other bands’ live tributes to the thrash metal legends instead: