The much-mocked Canadian band subbed guitars for fiddles but “Johnny” still gets the gold. 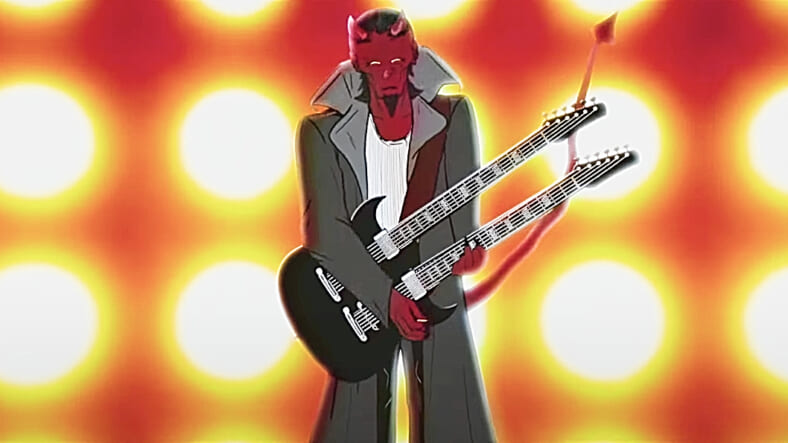 In an effort to remind us who they really are, Nickelback just released a metal cover version, complete with a crazy animated video, of Charlie Daniels’s “The Devil Went Down To Georgia.”

Daniels passed away in July. This cut was meant to be a tribute to his memory, though the Canadian rockers make some fundamental changes to the character of the song. They jettison the old-fashioned and oh-so-country “fiddle” of the duel Daniels wrote for the Devil and Johnny and sub in electric guitar. Semi-satanic shredding ensues.

We assume no one told Nickelback that the demented Adult Swim cartoon Squidbillies, which follows the insane lives of land-dwelling squids living in rural Georgia, already did something a little like this, though they didn’t actually cover the song.

We won’t aim to be rock critics on this save to say, well, it definitely sounds like Nickelback covering Charlie Daniels.

And lead singer Chad Kroeger and company arguably did gut the song of its most country elements aside from the fiddle, because it probably didn’t sound metal enough to sing, “Chicken in a bread pan pickin’ out dough / Granny, does your dog bite? No, child, no.”

No less than Primus, however, might disagree with that choice, given they covered this classic all the way back in 2003 and elected to do it pretty straight, though it did sound like their tongues were firmly in cheek.

Charlie Daniels would probably just be proud his hit keeps on going without him.

Watch the original below.