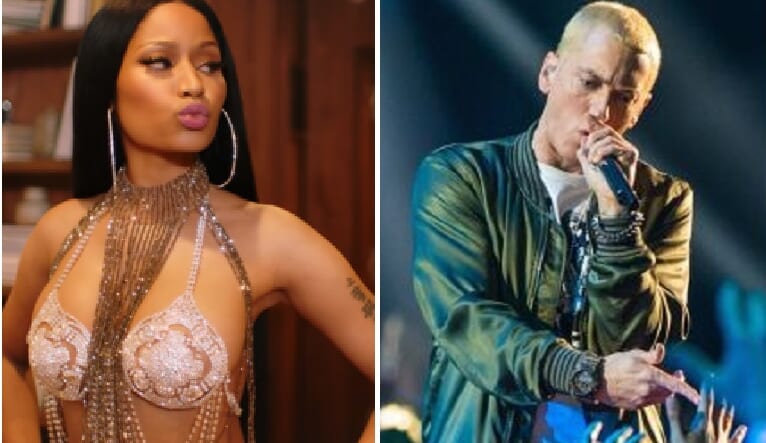 Everyone needs to calm down.

The internet went crazy for about 24 hours with the rumor—started by the singer herself—that Nicki Minaj was dating Eminem. It’s a pretty juicy and plausible rumor, too—she’s sung lyrics like “I’m still fly, just bagged a white guy” and they’ve worked together. But don’t get excited, it was apparently a joke.

Here’s where the rumor began.

To be specific, the quote “Told’em I met Slim Shady. Bagged a EM!!!”

A fan had to follow up, to make sure, and someone screengrabbed it to make it clear she’d doubled down.

Eminem even stepped in and replied “Girl you know it’s true,” and the pair joked about “the wedding” and made it seem like that was a point of contention.

This is pretty funny so far, and a little strange. It comes out of nowhere, despite the pair having collaborated on her “Roman’s Revenge.”

Turns out it’s weird because it isn’t true. TMZ reports sources “close to Minaj tell TMZ she was only joking … there’s nothing romantic between the two.”

So, this life is a lie, and there won’t be a Royal Wedding of hip hop.

EminemMinaj isn’t happening, and we can just move on in sadness.