“I can’t stand to hear a grown man scream.” 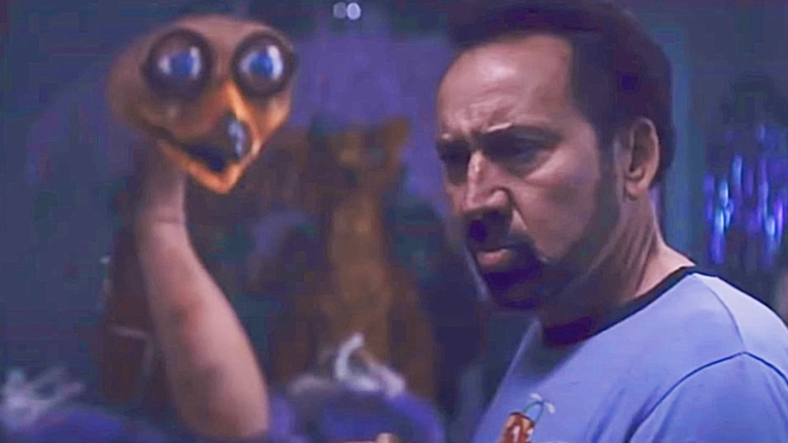 In the trailer for Nicolas Cage’s nutty upcoming horror flick Willy’s Wonderland, he doesn’t have a single line, even though a malevolent character early in the 2-minute spot says he “can’t stand to hear a grown man scream,” clearly meaning Cage’s character, The Janitor.

The creators of the horror game Five Nights at Freddy’s knew that, obviously, and the game—it would be surprising if it didn’t somehow inspire Willy’s Wonderland—has been hugely popular.

A quiet loner (Nic Cage) finds himself stranded in a remote town when his car breaks down. Unable to pay for the repairs he needs, he agrees to spend the night cleaning Willy’s Wonderland, an abandoned family fun center. But this wonderland has a dark secret that the “The Janitor” is about to discover. He soon finds himself trapped inside Willy’s and locked in an epic battle with the possessed animatronic mascots that roam the halls. To survive, he must fight his way through each of them.

Cage, as “The Janitor,” must face these bizarre creatures with whatever is on hand, including broken broomsticks.

It looks amazingly weird, kind of creepy, and very true to the Oscar-winner’s extremely eclectic filmography.