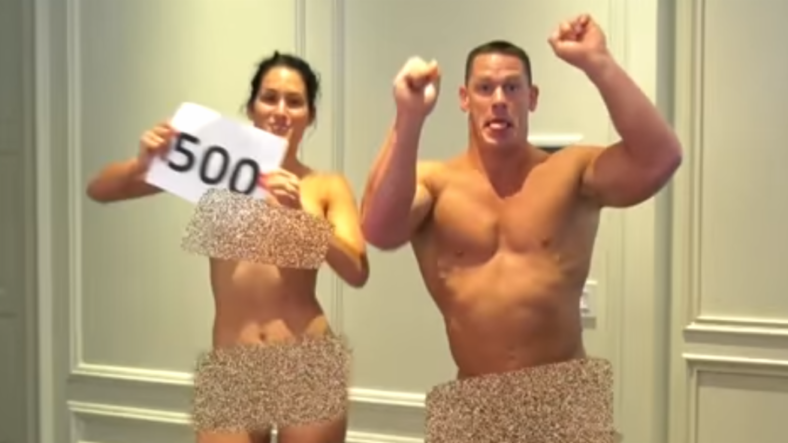 Pro wrestling power couple John Cena and Nikki Bella have had plenty a reason to celebrate as of late.

The two are newly engaged following Cena’s surprise proposal at Wrestlemania 33, a second season of the couple’s reality show with Brie Bella and former pro wrestler Daniel Bryan is due out this year, and the Total Bellas YouTube account just hit half a million followers.

The couple had promised to strip down should they hit the magic 500K mark, and after some serious coaxing on Nikki’s part, her and her hubby got totally nude for the world to witness.

This is about comedy, not sexy fun. But no one would ever complain about a nude Nikki—even if that means watching John Cena pretend to fart on his bride-to-be.