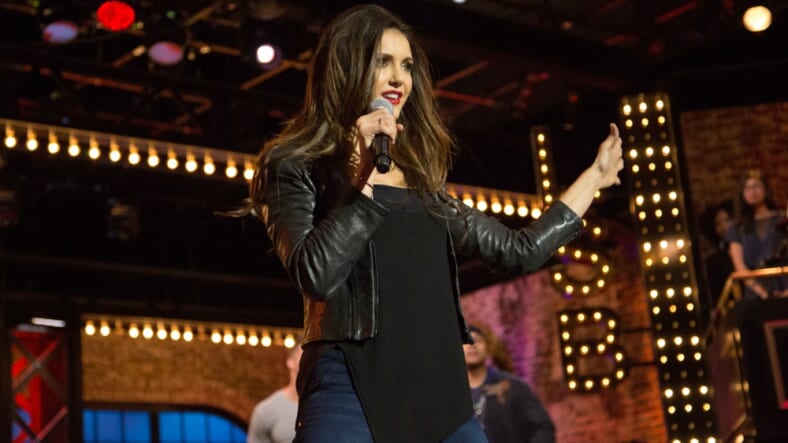 Nina Dobrev knows how to work all her angles in the latest red-hot preview for Thursday’s Lip Sync Battle.

The undulating former Vampire Diaries starlet busts out her most sensual moves during a scorching rendition of everyone’s favorite sex anthem, Marvin Gaye’s ‘Let’s Get it On’.

Dobrev is going up against notorious NFL virgin Tim Tebow, who might decide to throw away his chastity belt when the actress begins to grind up and down his leg. Chrissy Teigen seems really into it, and frankly, so are we.

The LSB battle between Dobrev and Tebow will take place this Thursday on Spike. You’ve been warned.