Trent Reznor is a genius. 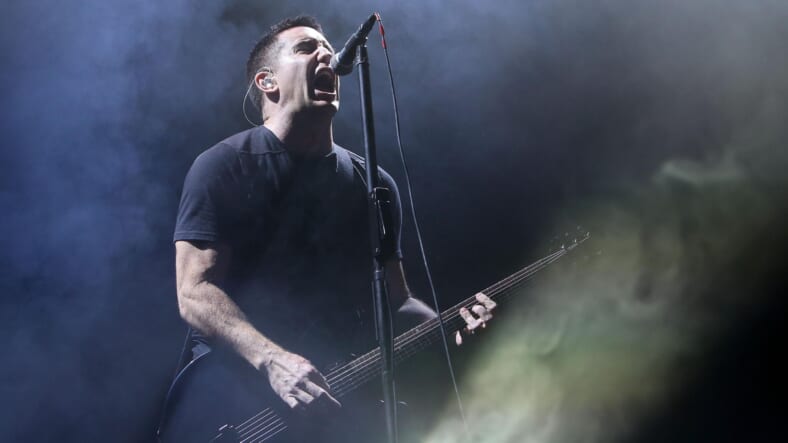 Trent Reznor has always been one to tinker with left-of-center concepts in his music’s accompanying visuals, and his latest retro video for “Less Than” is no exception.

The gorgeous girl featured in the video appears to be totally entranced by the the digital vehicle she pilots on the screen, a seeming nod to the intriguing mythology surrounding Polybius. Polygon has further details:

The clip, directed by Brook Linder, appears to draw inspiration from the longstanding urban legend surrounding Polybius, an arcade game once believed to have been created by the U.S. government. According to early online accounts of the game, Polybius was released in 1981, and players experienced deleterious mental and physical effects after playing it.

It’s a spooky idea, but it’s not anywhere near as weird as some of Nine Inch Nails’ past videos.

“Less Than” is one of five tracks from the ADD VIOLENCE EP, due out digitally July 21.