Nintendo Preview: Check Out 10 of the Biggest Games Here 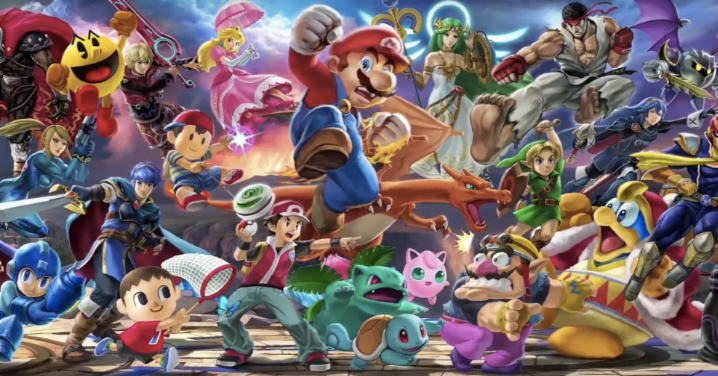 Nintendo unleashed their plans for the Switch today with their Nintendo Direct, but we were invited to preview the games a bit early. Here’s the dirt on the biggest titles coming for the Nintendo Switch, from today all the way into 2019.

The jewel of Nintendo’s announcements today was the reveal of an enormous amount of info about the new Smash Bros. game, including its title. Named Super Smash Bros Ultimate, what we saw simply blew us away in the terms of scope and depth of Nintendo’s signature fighting game and international obsession. Nintendo seems intent on bringing back every player that ever appeared in a Smash game, and the roster for Ultimate has ballooned to over 60 playable characters. Nintendo is going deep here, bringing back Solid Snake after a ten year absence and even introducing a few new characters like Ridley from Metroid (who was an absolute beast during our hands-on demo). New stages, faster fighting, new techniques and more round out the Super Smash Brothers Ultimate, an entirely new game that was built from the ground up specifically for the Nintendo Switch. Best of all, it’s coming later this year with a December 7th, 2018.

Another classic Nintendo experience was announced for the Switch in the form of Super Mario Party. The multiplayer fan-favorite is a large collection of mini-games that pits you and classic Nintendo characters against each other to claim victory over your friends. At least 20 mini-games were shown off and some of them are definitely employing the Switch’s unique ability to communicate locally between consoles to allow unique configurations and independent perspectives when friends get together to play. Expect many a drunken battle to happen when Super Mario Party makes its way to Nintendo’s latest console.

You know what Fortnite is, you’ve probably played its free, battle-royale style survival gameplay and, if you’re like everyone else, you’re obsessed with that moment when you can finally pull out your victory dance. Now, if you’re a Switch owner, you’ll be able to get down on your Nintendo console. Today. For Free. Yeah, that means right fucking now you can fire up your Switch and be playing in minutes. Fortnite’s introduction on the Switch is yet another shot in the arm for the hybrid portable console and has us excited to take the blockbuster’s battle royale gameplay on the road with us for some cross-platform play against friends on Xbox, Playstation or PC.

Nintendo took a moment from their announcement to double down on the fact that there’s some proper Pokemon coming to Switch. Nintendo has some serious innovations up their sleeve for this one, with big plans for communication between your Switch, your smartphone and the Pokeball Plus controller accessory that’ll sub in for your Switch Joycon when playing the game. It will also allow you to store a Pokemon, so you can bring it along when you decide to play with friends… which is also possible on the upcoming two games and represents the first time multiplayer is coming to the blockbuster Pokemon franchise.

Hollow Knight is making the jump from computers to consoles, thanks to a port coming for the Switch. Firmly planted in the totally made up Metroidvania category, the 2D side-scrolling action game game oozes style and will make a solid addition to the upcoming Switch lineup, where single player campaign experiences thrive. It’s another game that was shown off and immediately available to grab on the Nintendo Eshop.

Nintendo’s love affair with the Fire Emblem series continues with the latest entry into the franchise, Three Houses. This is turn-based strategy at its finest, a formula the series has honed over the years, and the presentation they’re putting forth on the Switch’s more powerful hardware (recent Fire Emblem games have been on the DS handhelds) give new life to the impressive cut scenes in the game that look like they were pulled straight out of Toonami on Cartoon Network. We’ll be keeping an eye out for a more specific launch date that the Spring of 2019 that Nintendo announced today.

In case you needed a reminder that Nintendo is a Japanese company that does more than make cute games with beloved retro characters, check out the expansion to the Xenoblade series. Fair warning, this is the height of JRPGs with intense stories, memorable characters and massive battles in store for anyone looking to continue the story where it left off late in 2017.

No Nintendo announcement would be complete without a weird, quirky game to top it off. Over Cooked 2 seems aimed for gamers who love a multiplayer experience, whether it be online or local. Over Cooked 2 features both. This is frantic, top-down gameplay, skinned with a kitchen theme and will challenge players to create their best strategy while they battle among the pots and pans sometime later in 2018.

Square off with 2 teams of up to 4 players each as a console exclusive in the multiplayer phenomenon, #KillerQueenBlack–coming first to #NintendoSwitch later this year! pic.twitter.com/oJYIwkKAgn

Nintendo’s success is rooted in the 8-bit, and they often go back to those humble origins to deliver retro style gameplay that harkens back to the late 80s when they became a household name, Killer Queen Black is that game for them this year, with it’s almost-jarring squared graphics and addicting side-scrolling platforming. It may look like it’s three decades old but the introduction of four-player multiplayer and online elements firmly plant it as a modern Switch release.

Another off-beat RPG that seems perfectly suited for the Switch’s sometimes-portable/sometimes-docked hardware, this collab with Square Enix is another Switch exclusive. Nintendo was somewhat cagey about details here but that’s likely because you’ll be able to try it out for yourself when the demo drops on Switch this Thursday, June 14th. If you miss the demo, don’t fret too much, the full game will be available on July 13th.