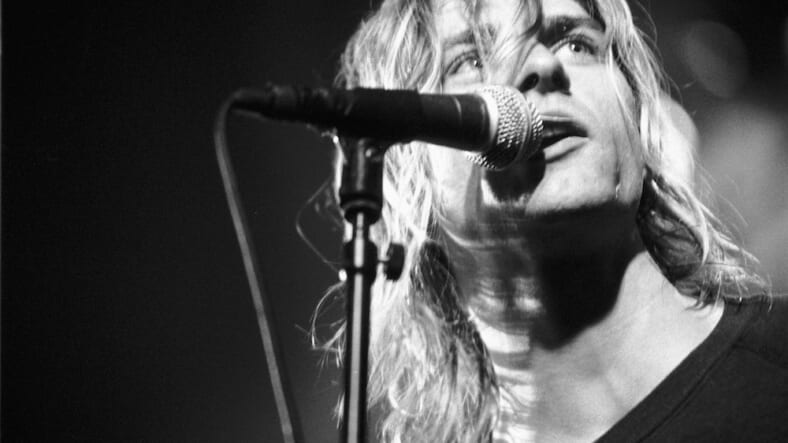 The most recent leak, though not yet authenticated, is among the most extensive yet. John Purkey, a musician from Tacoma, Washington, has uploaded demo tapes he claims Cobain gave him in the late 1980s and ’90s to YouTube (for real). In all, there are four tapes with over two hours of music total.

Purkey explains in a separate video that he kept tapes and notes from Kurt for years in metal boxes and rarely mentioned his priceless possessions to friends. “I knew in the ’90s I had stuff that was collectible.”

Listen and feel transported to Reciprocal Recording, the bygone Seattle recording studio where Nirvana recorded Bleach and some of what you hear on the tapes,

Purkey claims the first tape was recorded with Dale Crover. It features “Montage of Heck,” which was previously released as Montage of Heck: The Home Recordings.

He claims the second tape was given to him by Cobain in 1988. YouTube commenters are particularly taken with the recording of “Mr. Moustache,” which begins around the 4:30 mark.

The third may sound more familiar. The track includes songs that would late go on to make up Nirvana’s debut album Bleach, released in 1989.

The fourth includes a version of “Pay to Play” with high speed dubbing and prominently features Chad Channing’s drumming.