But it’s been replaced with something else. 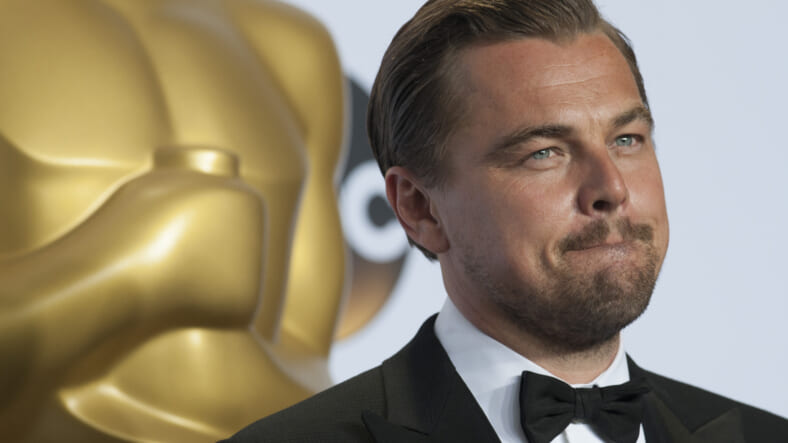 When now-Oscar winner Leonardo DiCaprio was still a mere bébé, fresh off the heels of his Titanic fame, he had a very close group of friends infamously known as ‘the Pussy Posse.’ Other than Leo, the Pussy Posse consisted of Seabiscuit’s owner, that guy from Entourage (no, not that one, the other one), Q-Tip, and hunky Stan from Mad Men, among others. They gained notoriety because they were young, rowdy, rich, and horny — but also, I suspect, because their name is so fun to say. Repeat after me: Pussy Posse. It’s up there with “cellar door” in terms of perfect phrases. But because nothing good and pure can continue to exist in this cold, hard world, the New York Daily News reports that they now go by ‘The Wolf Pack.’ Which is dumb and stupid and ughhhhhhhhhhhh WHYYYYY.On Sunday evening, after his Oscars win, DiCaprio reportedly ended a night of partying with a stop at Ago in West Hollywood. Lukas Haas, Tobey Maguire, Vincent Laresca and Richie Akiva were all there and “they (apparently) called themselves ‘The Wolf Pack,’” one partygoer said. “The crew was literally howling like wolves all night. They kept chanting, ‘Wolf Pack, Wolf Pack, Wolf Pack!’”Hey, maybe it’s a nod to Leo’s commitment to environmental activism and conservation. Or not. I’ll just keep on humming Sarah McLachlan’s ‘Angel‘ over here while mourning this loss. h/t Complex