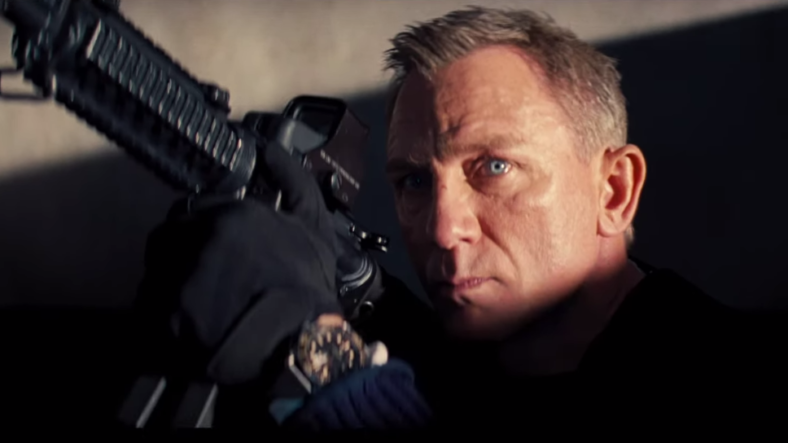 No Time to Die is officially getting its second release date change this year.

The long-awaited James Bond movie directed by Cary Fukunaga and starring Daniel Craig in his final appearance as 007 was originally scheduled to hit theaters on April 10, but then became among the first films to be delayed in the early days of the coronanavirus pandemic, with a November 25, 2020 release date announced back in March.

But now the official James Bond Twitter account has announced that No Time to Die‘s release date as been moved yet again–up to November 20.

The return of old friends in NO TIME TO DIE.

Collider recaps the cast for Craig’s final turn as 007 here:

Check out the official trailer above to get pumped for Craig’s final bow as Bond.

Meanwhile, Keanu Reeves’ return to the Matrix franchise in The Matrix 4 also has a new release date: it’s been postponed a full year to April 1, 2022, reports Hypebeast.

According to reports, production on the Keanu Reeves-led film is on hold indefinitely as the industry and the world battles the COVID-19 pandemic.

Work on The Matrix 4 has been on pause since mid-March, with previous filming taking place in San Francisco and Berlin.

In other movie release news, Christopher Nolan’s mind-bending spy flick TENET is also being delayed, premiering July 31, 2020, while Wonder Woman 1984 is pushed to an October 2, 2020 release.