Why The Netherlands Makes Some of The World’s Best Vodka

Celebrating 325 years of the singular Dutch distillery behind Ketel One. 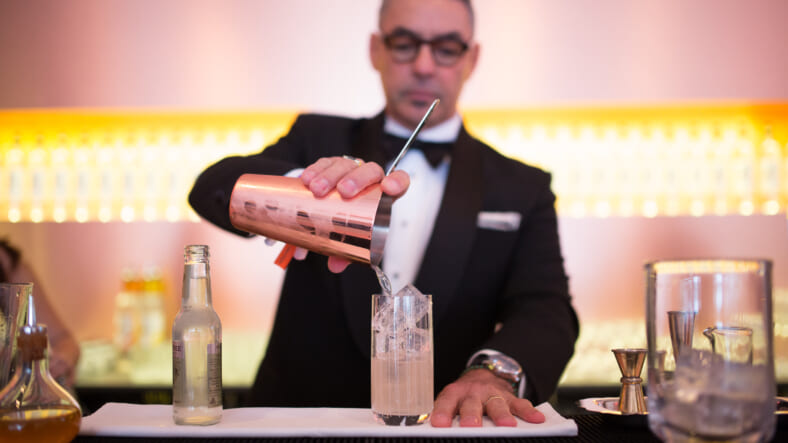 At the Nolet Distillery, nestled in the heart of the Dutch countryside, there’s one simple secret to producing amazing spirits: Keep everything exactly the same.For more than 325 years, the beloved distillery best known for Ketel One vodka has hewed closely to tradition. Ketel One, named for the original coal-fired copper still “Distilleerketel #1” used to produce the vodka since the distillery was founded in 1691, has followed the same specific recipe of 100 percent wheat filtered over loose charcoal. It’s this consistency, some suspect, that’s at the center of the brand’s devout following both in the Netherlands and beyond, a fandom that landed it just behind Grey Goose in terms of customer loyalty to vodkas in 2014.

Despite the brand’s rapid expansion across the globe in the last few decades, the core recipes have remained the same for decades, leading the company to a whopping 2 million cases sold in 2008. Despite the ebb and flow of drinking trends, the distillery has stayed the course since it began an aggressive global expansion in the last few decades, putting tradition at the center of the brand.

Even the international brand’s headquarters remains rooted in the same sprawling facility in bucolic town of Schiedam, a short drive from Amsterdam. The town, the center of the country’s alcohol industry, has changed immensely over the last three centuries; despite war and revolution (and a dose of success), the Nolet Distillery has not.

This makes sense: Ketel One is, first and foremost, a family affair. For eleven generations, members of the Nolet family have tasted every batch before it’s gone to market. Ownership of the distillery has passed father to son for more than three centuries. The original recipes to the distillery’s namesake liquors remain locked away in an ancient iron safe in the family’s offices on the grounds of the distillery. Ownership currently rests with Carolus (Carl) Nolet Sr., who, with a net worth of $2.6 billion, will one day hand off his liquor empire to sons Carl Jr. and Bob. The two will simply switch desks in their wood-paneled office above that original copper still, a generational passing of the torch.

Nowhere is the heart and soul of the brand more on display than at the distillery’s 325th Anniversary celebration in Scheidam last May, a sprawling red-carpet affair. Beloved soul prodigy (and former Maxim feature subject) Leon Bridges performed for the sharply-dressed crowd while world class bartenders walked guests through a handy guide to mixing the perfect jenever. Carl Sr. and his sons are passionate about the brand and their family’s work. Surrounded by sons and daughters, cousins, nieces, and nephews, the Nolet clan are celebrating three hundred and twenty-five years of familial devotion to fine spirits, like (extremely wealthy) monks tending to the secret recipes of a forgotten age. Speaking to the crowd, Carl Jr. and Bob pay tribute not only to their guests and devotees, but to their parents and the generations of Nolets who came before.

That the Nolet Distillery has been static for generations may come as a concern, but like a Ketel One martini, it’s a cold, refreshing comfort. One might feel like you’re simply drinking a product, but to taste a classic Nolet jenever or even take down a shot of Ketel One vodka and lemon is to feel a subtle connection to the family’s life’s work. Drinking has never felt less like a chore and more like a ritual than downing a Ketel One martini now knowing the generations of guts and tears a single family sacrificed to bring it to the world. Of course, a vodka is just a vodka at the end of the day, but Ketel One makes a damn fine one. And it’s no wonder, since the Nolet Distillery has successfully embraced one of the oldest maxims in human history: if it ain’t broke, don’t fix it.