This is a remake we’re actually excited about. 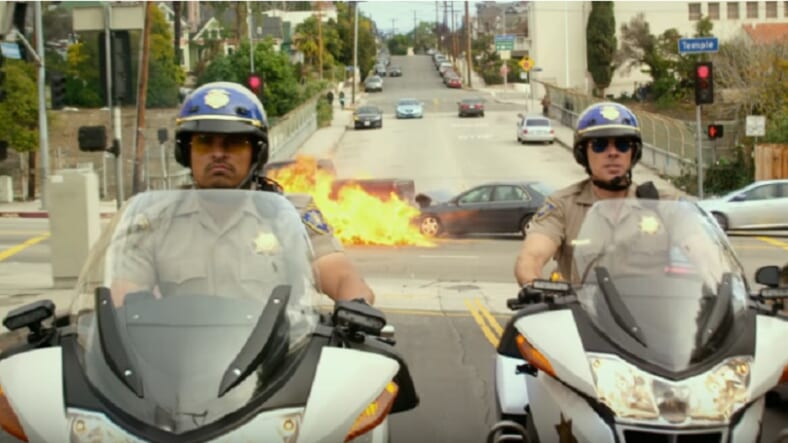 It’s easy to groan at the way Hollywood likes to reboot old TV shows like 21 Jump Street and Baywatch as big tentpole movies. Every look we’ve had at CHiPs so far, however, makes us think the action comedy starring  Michael Peña and Dax Shepard will be legit hilarious.

The red band trailer released Thursday doubles down on the fun with some seriously raunchy jokes and a couple of NSFW moments, including Peña’s Frank “Ponch” Poncherello taking an accidental face plant while helping Shepard’s Jon Baker that will make plenty of people cringe then crack up.

This remake of the classic TV show has Ponch under cover in the California Highway Patrol to see if he can bust a band of criminal cops. He’s partnered with Baker, who is completely unsuited to the job in every way save his amazing stunt-riding skills.

The TV show—which starred Erik Estrada as Ponch—had comic moments, but was generally a fairly typical late 1970s-early ’80s cop drama. This trailer makes it clear that the movie has plenty of laughs between all the crashes and explosions.