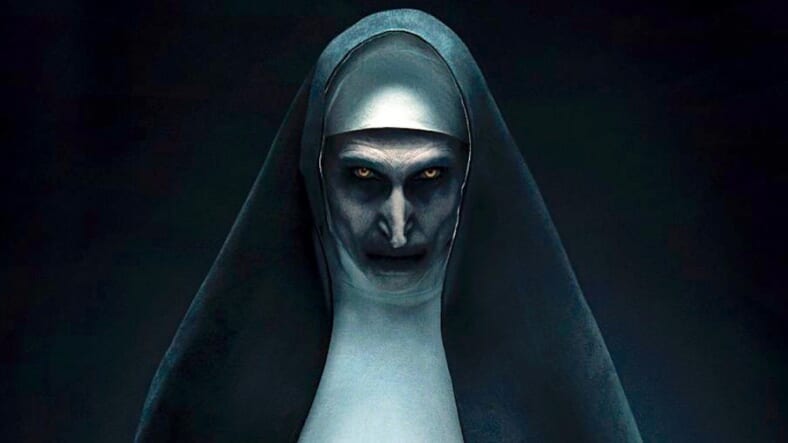 YouTube unleashed onto an unsuspecting world a gimmicky new jump-scare ad for the upcoming horror movie The Nun.

The teaser for The Conjuring spinoff, which appeared on its own before videos, warned users to lower their volume (albeit briefly) and then… BAM!

A freaky ass picture of a ghost nun appears, accompanied by a piercing scream. It’s a cheap shot from the Warner Bros. marketing team, but damn is the jump scare effective.

The gentle souls of Twitter were predictably outraged by the ad, and one tweet warning fellow users about the ad was retweeted nearly 130,000 times.

Others claimed the ad violated YouTube’s own policy, which states that “promotions containing violent language, gruesome or disgusting imagery, or graphic images or accounts of physical trauma” and “promotions that are likely to shock or scare” are in violation.

Appreciate you bringing this to our attention! This ad violates our shocking content policy and it's no longer running as an ad. More info here: https://t.co/dOUocjUevh

YouTube removed the ad Monday night, but you can still see it in the video above.

If you’re too afraid check out the normal trailer for The Nun, in theaters on September 7.