‘Straight Outta Compton’ Turns 30: What You Need To Know About NWA’s Classic Album 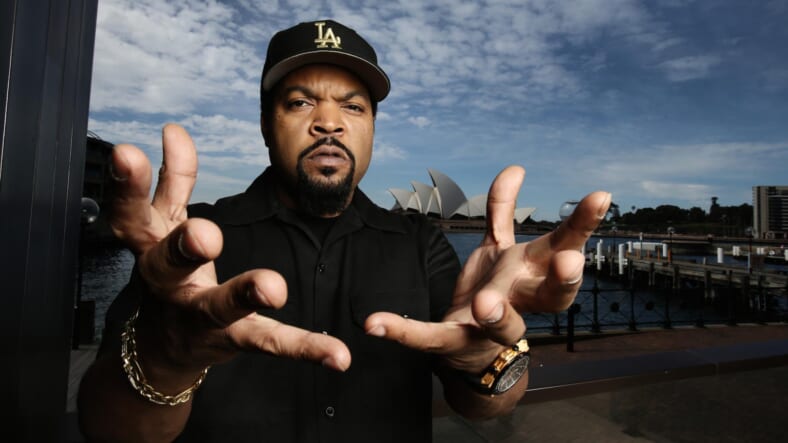 If the album Straight Outta Compton wasn’t one of the greatest and most impactful hip-hop albums of all time, there would never have been a hit 2015 movie about the rap supergroup that grossed more than $200 million. Released 30 years ago this week, N.W.A. came just like their first single “Fuck Tha Police” menacingly proclaimed: “straight from the underground.” That is, Straight Outta Compton went platinum without N.W.A. touring or significant mainstream radio or MTV airplay. It would go on to be certified triple platinum and change the rap game forever. “The World’s Most Dangerous Group” is credited with introducing “gangsta rap” to the mainstream. A term coined off the second single from the album, “Gangsta, Gangsta.”

Finally, N.W.A., along with the Miami party rappers, 2 Live Crew, helped demonstrate that extremely explicit and profane pop culture could be viable, profitable and marketable. A revelation that helped open the doors for future artists like Eminem, and for TV shows and movies spanning from South Park to Sausage Party.

Anyhow, enough with the praise.

The letter sent to the group saying that they promoted “violence against and disrespect for the law-enforcement officer” after the furor over “Fuck Tha Police” is on display at the Rock and Roll Hall of Fame, which inducted N.W.A. in 2016.

Only two members of N.W.A. were legitimately “gangsta”

Eazy E and MC Ren were both members of the Kelly Park Compton Crips street gang.

Although all the controversy would eventually help sales, N.W.A was not happy about MTV banning their now-iconic “Straight Outta Compton” video. They had hoped it would propel their career much like Tone Loc’s videos for “Funky Cold Medina” and “Wild Thing” buoyed his career.

The N.W.A. classic was the second album released by Ruthless Records, the label founded by Eazy-E and Jerry Heller. JJ Fad’s, Supersonic was the first, which was released on July 8th, 1988. N.W.A. was outsold, twice, on Ruthless Records, by Bones Thugs-n-Harmony: 1995’s Eternal and 1997’s The Art of War. Straight Outta Compton was only the third best-selling album of all the 15 platinum selling albums that Ruthless Records produced.

Jerry Heller wrote a book where he maintained his innocence

Heller’s book, which refutes claims of financial malfeasance, as made by members of the band, is called Ruthless: A Memoir (2006).

Heller passed away in September, 2016. An event about which Ice Cube stated: “I ain’t gonna pop no champagne, but I ain’t gonna shed no tears either.”

1. Public Enemy, It takes a Nation of Millions to Hold us Back (48, Rolling Stone)

More recently, 33 artists, experts and journalists including Questlove, Rick Rubin and Busta Rhymes, rated the 100 best Hip Hop tracks of All Time with Straight Outta Compton coming in at #9. “Fuck Tha Police” also scored very high, checking in at No. 15.

In 2017, Straight Outta Compton was selected for preservation in the National Recording Registry by the Library of Congress as being “culturally, historically, or artistically significant.”