The Migos rapper and his gangland crew channel their inner mafioso in a new  video. 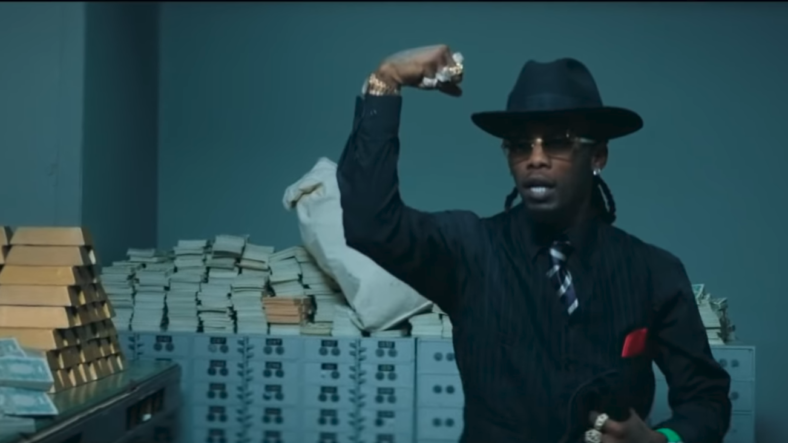 Offset and Gucci Mane stylishly stick up a Chicago bank in the mobster-inspired music video for “Quarter Milli.”

Also starring Metro Boomin’ and Southside, the rappers are decked out in dapper three-piece suits and fedoras that recall the fashion sense of old-timey gangsters.

Though the track’s lyrics reference .38 caliber cartridges and Glocks, the “Bando Brothers” crew wield more era-appropriate Tommy guns, derringers and revolvers as they storm the vault before making their escape in a period car.

“Quarter Milli” appears on Father of 4, Offset’s first solo album outside of Migos.

Raw and personal, the record is about a broken man from a broken family, struggling to avoid condemning his children and wife to a similar fate. As far as reckoning with your mistakes go, Offset is trying to do it here.The scope of Father of 4 is small, and the album is at its most effective when the focus is on Offset, alone, sifting through his regrets. Narratively and stylistically, Offset is a man of speed. His raps are filled with cascades of syllables and triplets that are rarely given more than a few seconds to develop. Death, lean addiction and abandonment issues fill every crevice of this album

That all sounds good, but Offset’s new video might have been even better with an appearance by his on-and-off partner in crime, Cardi B. Just putting it out there.