“I have this one boyfriend, in particular, that was just the worst, the WORST at just having sex.” 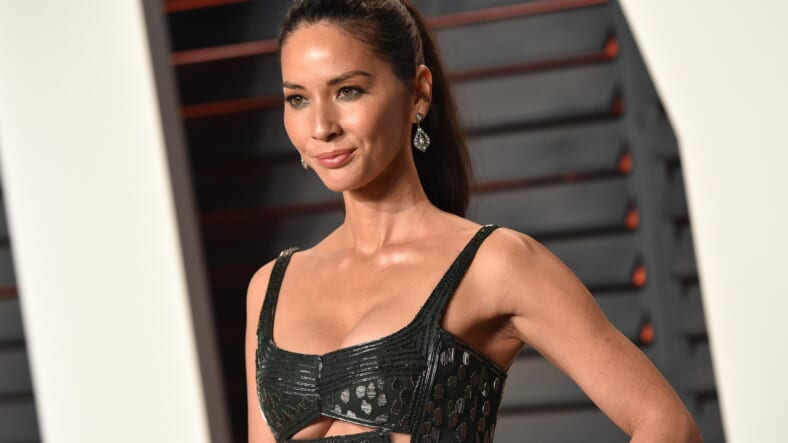 If you’ve spent six years missing G4, the video game-focused cable network, good news: It may be coming back to a screen near you.

Even better news: The Wrap reports that Olivia Munn is in negotiations to be a big part of that comeback. Here’s more:

Olivia Munn is in final talks to sign a multiyear deal with the relaunching G4 Network, two individuals with knowledge of the situation told TheWrap.The agreement deal will include a development deal and has both on- and off-air components. Munn was an original anchor on G4 series ‘Attack of the Show.”

There is bad news for at least one person who might have an interest in Munn, though—in an appearance on comedian Whitney Cummings‘ podcast, the actress and former Maxim cover star discussed sex and exes, and while she didn’t name names, it became clear she was shading at least one guy in multiple ways.

If you’re feeling super proud you dated someone as gorgeous and intense as Munn, the following transcript from her Cummings appearance will throw a big bucket of ice-cold water all over that.

Long story short, she’s been faking her enthusiasm when getting it on with some guys and now regrets that. Especially in one instance:

I have this one boyfriend, in particular, that was just the worst, the WORST at just having sex. In fact, he went down on me twice during the years we were together and I asked him once and said, ‘Why don’t you ever go down? By the way, I don’t want you to. But I’m just wondering why because I feel like most guys I can’t get out of my vagina and I’m like you have to fake it all the time.He said he’s like, ‘Well, I just haven’t had a lot of you know experience doing it.’ And I was like, ‘Oh.’ And that’s when I was also like, ‘Um, he may like Benton [Whitney Cummings’s male podcast producer] instead,’ you know? It might be his kind of game and stuff.

Barstool Sports even went to the trouble of listing some of Munn’s exes, both real and rumored, for anyone curious:

Of course, there’s no way that’s a complete list, and Munn has actually denied any romantic history with Pratt and Theroux.

So it could be any of those guys or not, and in the end, only he really knows.

All that said, you have to wonder why anyone who got together with Olivia Munn would bring anything but their “A-game” to the bedroom.

Keep an eye out for further developments regarding G4, and you can watch the video of her appearance on Cummings’s podcast above.