OMG Arnold is Back for “Terminator 5” 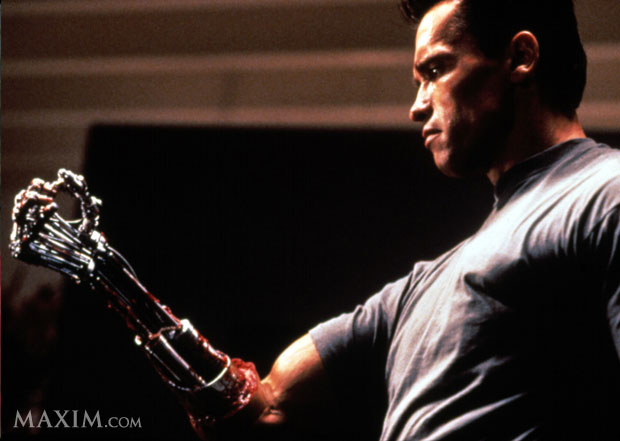 Yes, that’s right: Arnold Schwarzenegger, the greatest actor of our generation, is back reprising the roles that made him a national treasure on par with the Declaration of Independence.
In his announcement, Arnold claimed that he would be playing the actual Terminator once again. It took a lot of self-inflicted blows to the head with a cinderblock to forget Terminator 3 (oh God we’re remembering again), when he played the merciless killing robot at the age of 55…we’re not sure how he’s going to pull off the required buffness of the intro nude scene at 65. There’s speculation that he may play the human on which the terminator is modeled, though for all anyone knows he could be playing a robot unicorn.
Filming of Terminator 5 is set to begin in early 2014, and King Conan sometime after that. And, fine, Twins too. BUT IF IT DOESN’T INVOLVE ARNOLD WITH A SWORD AND/OR ROBOT BODY, WHO CARES.Also on Maxim.com:

Whatever Happened to the Jerky Boys?

Craig Robinson on How to Prepare for the Apocalypse