Don’t ask him if he wants it “shaken or stirred.” 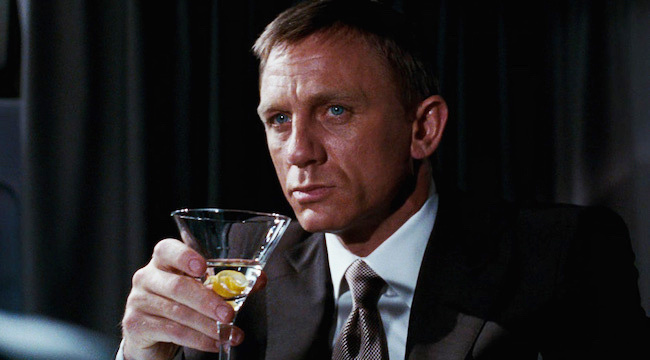 James Bond is an ironclad cultural icon; he’s bigger than the actors who play him, and the fact that Bonds change over time is readily accepted by the audience.

Still, Daniel Craig, who is about to appear in No Time To Die, his final Bond movie after he took over the role 14 years ago in Casino Royale, was originally drawn to the role for one seemingly small reason, according to an interview he recently gave to Empire magazine.

“One of the biggest reasons I did Casino Royale is the line, ‘A vodka martini, please.’ ‘Shaken or stirred?’ My reply was written in the script as, ‘Do I look like I give a fuck?’ And that’s it. That’s the reason I did it,” says Craig. “Because what I could not do, and what I refused to do, was repeat what had gone before. What was the fucking point? So I’d rather have just one and gone, ‘Okay, swing and a miss. There you go. Tried my best.’”

In the end, Bond looked exasperated at the question and said, “Do I look like I give a damn?” It wasn’t quite as punchy as dropping an f-bomb but had the same spirit.

It’s easy to see Craig’s point, which was partly something like, ‘why do the role if I can’t put my own stamp on it?’

He’s certainly done that—Daniel Craig has gone from being a controversial choice, supposedly too pale and blue-eyed, among other things—to absolutely owning the role.

Not bad for a guy who after Spectre claimed he’d rather kill himself than play the super agent again.

We’ll see if Bond finally expresses an actual preference for shaken vs. stirred when No Time To Die opens in theaters everywhere on April 8, 2020.