The original concept art looked nothing like the eventual Night King, according to newly-released imagery. 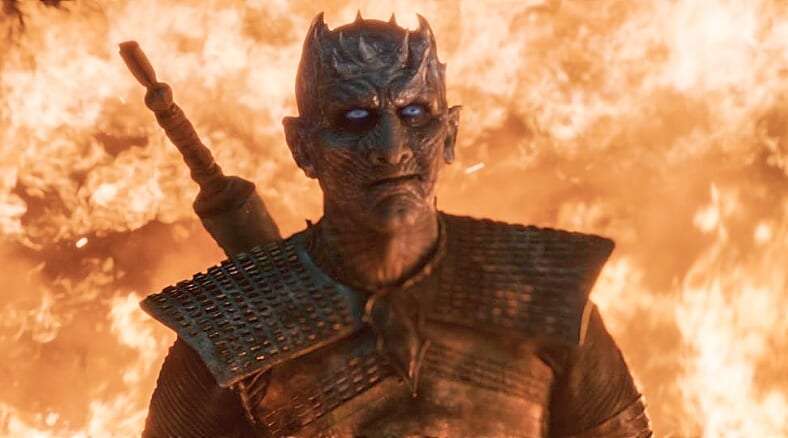 Until his somewhat ignominious death at the hands of Arya Stark (Maisie Williams), the Night King was one of the biggest threats on Game of Thrones. When he finally appeared in season 4, let’s be real: He did not disappoint.

His appearance was memorably creepy but also plausibly threatening. Zombie-like creature or not, he was fast and deadly and almost impossible to kill. Via Vanity Fair, we’ve learned he could have been an even more imposing if different kind of monster.

The Art of Game of Thrones offers an entirely new look for the ice-cold villain https://t.co/tvOoXnfPg6

Just prior to its publication, the magazine got a look inside The Art of Game of Thrones, a new book by the show’s production designer Deborah Riley. It revealed an earlier version of the character that bore almost no resemblance to the final King.

Not to nerd out too hard, but the first Night King had a look that was much more reminiscent of the Witch-King of Angmar, a Nazgul from Peter Jackson’s Lord of the Rings films. Which isn’t a big stretch, given the HBO show—more than George R.R. Martin’s novels—wasn’t necessarily afraid to jack some of LOTR’s style at times. Screen Rant went so far as to make a video about it.

While it was perfectly plausible to see the lean, mean final version of the Night King do battle, the earlier concept looked like the kind of creature that might shoot icy bolts of lightning from its fingers or something like that.

Which, come to think of it, would’ve ripped off Emperor Palpatine from Star Wars. But we won’t go down the ‘endless cross-comparisons between fantasy franchises’ rabbit hole, because that could get kind of crazy.

Vanity Fair takes a pretty deep dive into The Art of Game of Thrones here, with more fascinating looks at the show that might have been.

If you like those excerpts, the book—which officially dropped on November 5—is available on Amazon for $67.50.

Tags: design Entertainment Game of Thrones Lord Of The Rings The Night King