The ‘Magna Carta of Baseball’ is about to go up for auction. 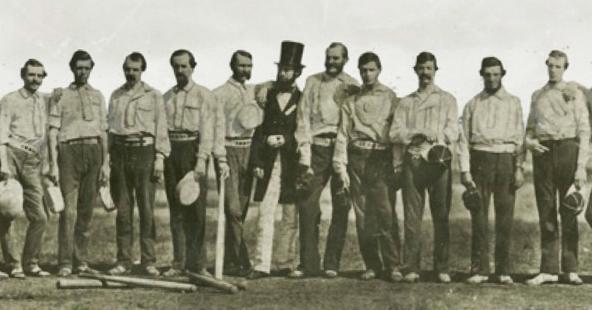 A century and a half ago, baseball was far from the well-organized, multi-billion dollar industry it is today. Players, who didn’t even start getting paid until the 1860s, showed up at the ballpark because they loved the game and longed to escape the revolting filth in which 19th century Americans lived.

Called the “Magna Carta of Baseball,” these documents lay out organized baseball’s earliest agreed upon rules. Some of them look familiar, including the 90-foot base paths and the nine-inning length of the game. Some are anachronistic, like the suggestion that players may themselves pay in order to play the game. And all are hard to read because they’re written in cursive.

SCP Auctions, which is selling these newly discovered documents, isn’t saying how much it expects them to fetch, but it does provide the price tags for similar scores. The original rules of soccer brought in $1.4 million and a similar document prepared by basketball’s inventor James Naismith sold for $4.3 million. If you want these but don’t have the cash, there’s some good news: Bidding doesn’t start until April 6th. Plenty of time to rob a bank.