The Oscar Pistorius Murder Saga Will Finally Be Over Soon 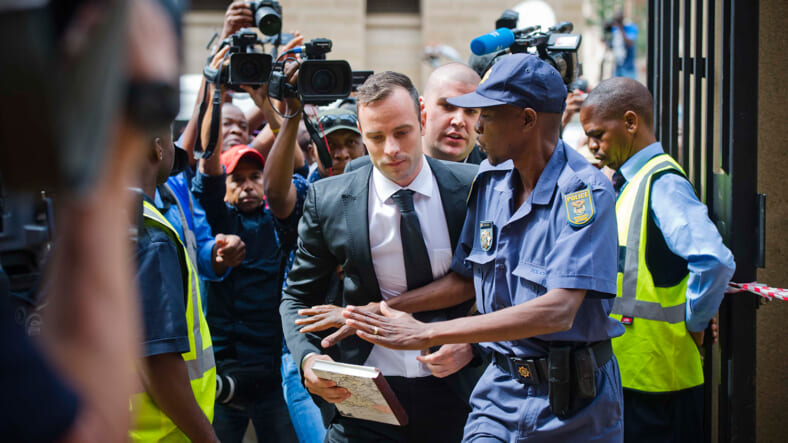 The man they call Blade Runner, who ironically used a gun and not a knife to kill his girlfriend two years ago, is hoping to appeal the murder conviction that could put him in prison for 15 years.

Oscar Pistorius was initially convicted of accidentally killing Reeva Steenkamp, a former model he’d been dating for several months, in February 2013. But last December, that conviction was overturned and the charges were upped to murder.

Pistorius claims he thought Steenkamp was an intruder when he shot her through a door, but a judge ruled that the former Olympic sprinter knew he would kill whoever was behind that door, making his crime a murder.

Now Pistorius’s lawyers have filed documents with South Africa’s Constitutional Court, the highest court in the country and his final chance for appeal.

His chances? Grim, according to experts. Pistorius’s case hinges on perceived mistakes made by the Supreme Court of Appeal in the process of convicting him of murder. It will be a difficult argument for his lawyers to make, according to one legal expert, who said the appeal is “laughable.” Assuming that expert is right, the Constitutional Court will likely send the case back to the lower court so Pistorius can be sentenced on the murder charge.

The Constitutional Court is expected to decide wether it will accept the case by April.