The “Suicide Squad” actor is ready to step out from his dad’s giant shadow. 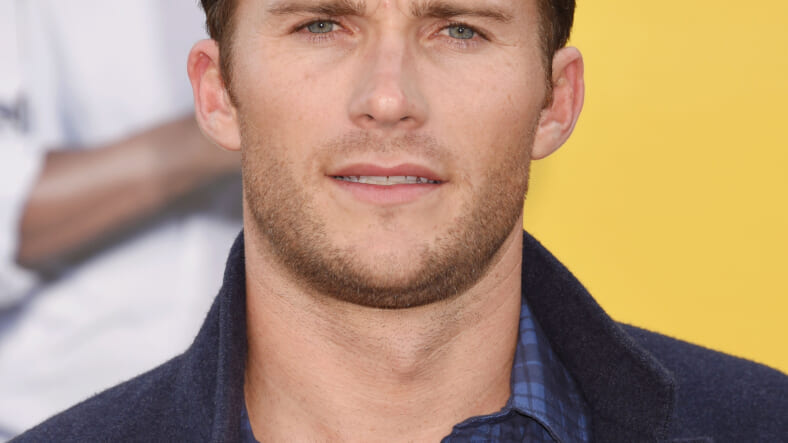 Scott Eastwood is addicted to adrenaline.

Whether it’s driving fast or surfing swells, the 30-year old California native seeks adventure on and off the big screen.

“I like to train a lot,” Eastwood told Maxim. “I do a lot of Muay Thai and jiu jitsu. I like to fly. I’m a helicopter pilot, so I like aviation. I go fishing. I go on surf trips.”

Eastwood’s hard-charging activities shouldn’t come as a surprise, considering his aggressive climb up the Hollywood ranks. With several bit roles under his belt, including three directed by his father, Clint Eastwood, the up-and-coming actor is set to make an even bigger splash in the coming months. He’s in Snowden, Live by Night, and Overdrive next year, but it’s his roles in two would-be blockbusters, Suicide Squad and Fast 8, that could make Eastwood a breakout star.

His Suicide Squad character may be shrouded in mystery, but Eastwood admits that he’d like to play another comic book hero down the road. ”Batman is pretty cool,” he said. “I’d feel like a playboy on one hand and then a badass, saving the world on the other hand. I’ve always really like the duality of that character.”

And while his Fast 8 character many not carry as many cool gadgets as The Dark Knight, the role hits home for a very different reason.

“They call it the ‘Fast family’ and they really mean it when they say it because they are just like a family,” he said of the cast. “It’s extra meaningful for me because I was really close with Paul [Walker] and to be a part of something that he was a part of, and to lend another chapter to the story, it’s nice to be involved with something that your buddy was involved in.”

Do you have a favorite item of clothing?I’m not really a fan of clothes. I think I prefer going naked if possible.

You’re on a 10-hour flight–who do you want sitting next to you?Easy, all of the Victoria’s Secret models.

Is there an old-school fashion trend that you wish would make a comeback?Oh man, how about ‘80s breakaway pants? Yeah, let’s bring those back!

You’re about to get into a fight–what song comes on as a part of your very own personal soundtrack?Probably “Eye of the Tiger.” Got to go with Rocky, right?

What’s one thing a guy should never do when he’s on a first date?Be on his phone.Why did you get involved with the “Love the Ocean” campaign?I live right by the coast. I get to see it every day. I get to see if there’s trash on the beach. I get to see the effects that trash and pollution have on the ocean. Anyone can organize something like this in any part of the world. That’s the cool thing, we all can be a part of the solution.

Who’s an artist that you love?Taylor Swift, just all of her music. Every song she has is a huge hit. Her entire catalogue.

What are two things that you don’t know how to do that you probably should?Spell and… spell.

What’s next for you?Going to the beach and not having reception to talk to my agents or managers or anyone. As soon as I have free time, I’m gonna go, and I’ll be gone.

Need some lifestyle inspiration? Check out other ‘Outfitted’ posts here.