How The Bizarre ‘Overwatch’ Fetish Is Getting Gamers Hot And Bothered 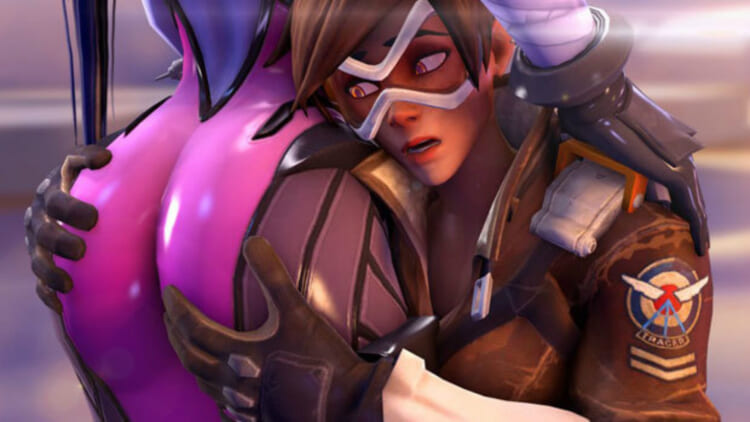 This past weekend, the makers of World of Warcraft launched the open beta for their new video game, Overwatch, which is an over-sexualized first-person shooter featuring tons of big-breasted anime chicks. It’s wholesome fun, really.

The top search term related to the game was “Overwatch Tracer,” referring to the character Tracer from the game, who has nice set of honkers and a very well-defined butt. A sexualized graphic of the character hugging another well-defined butt was released earlier, which is probably why Tracer is searched so much. Hey, we can’t help it if well-defined video game butts turn us on.