Vader’s suit is expected to sell for a shocking amount when it goes up for auction this month. 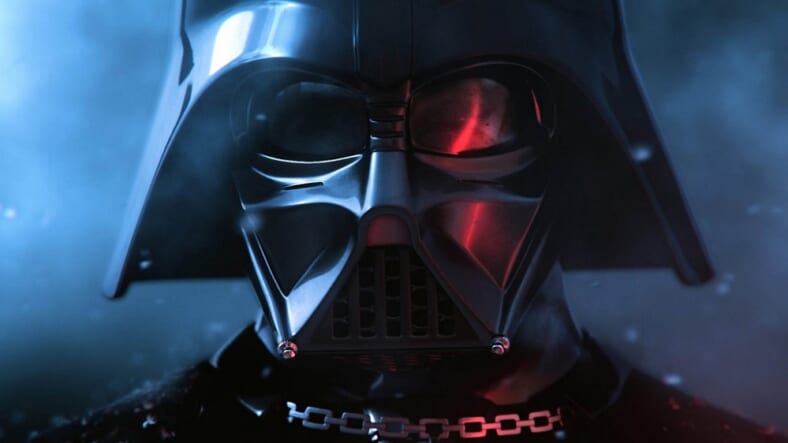 If you were that one kid sitting in the theater watching The Empire Strikes Back wishing you were the badass behind Darth Vader‘s helmet, here’s one hell of a chance to live out a childhood fantasy.

As long as you have roughly the same build as original Vader body actor David Prowse, that is. Prowse, who is 6’6″, was also bodybuilder. All actors who ended up in the Vader suit at major events in the ’80s were about that size. So basically this costume will only fit someone with the dimensions of Rob Gronkowski, really. The rest of us will just be proud to own an amazing collectible.

First, here’s Bonhams’ description of what they have on the block:

Who’s the “Mr. Eller” mentioned at the end above? That’s where the suit’s provenance gets a little complicated.

Eller was Kermit Eller (who now goes by Bryce), a tall actor with a powerful James Earl Jones-like voice who made public appearances as Vader for the first couple of films. From 1977 to ’79, according to the auction house, Eller “wore the screen-used Vader costume, the only one produced for the film.”

The same listing also has this slightly confusing note:

We can say with confidence that this entire suit, save the gloves, is production made, one of a handful made by John Mollo’s team at Elstree Studios in London in 1979. Some components may have been screen-used, but it is difficult to say at this point. Nonetheless, this suit’s completeness, remarkable condition, and excellent provenance make it a true rarity in the memorabilia marketplace.

They are prepared to have the suit analyzed by a memorabilia expert, on demand.

That’s a necessary step, no doubt, since Bonhams is asking up to $2 million for the thing.

Regardless who sweated inside the suit 40 years ago, it looks like it’s about as real as the real deal can get at this point.

You’ll be able to steal Darth Vader’s look when it goes on sale as part of the TCM Presents Wonders of the Galaxy auction on May 14, 2019.