Nicole Eggert even got implants to keep up with Anderson’s assets. 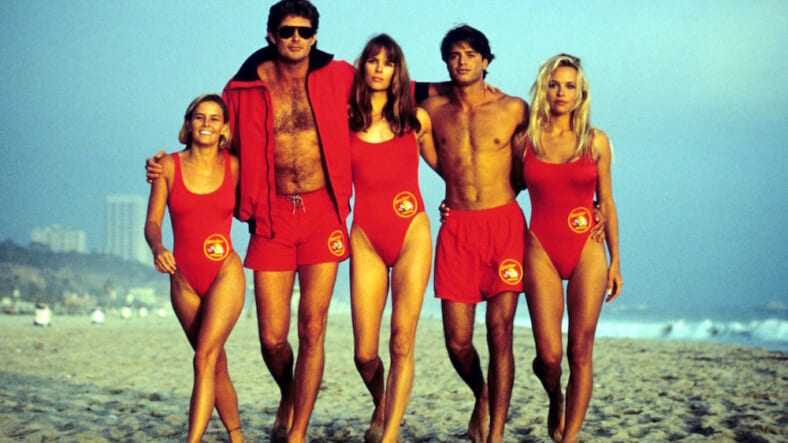 The set of Baywatch wasn’t all a skin-tight, red swimsuit-clad, slow-motion jog on the beach.

The iconically cheesy ‘90s lifeguard series was fraught with plenty of behind-the-scenes drama, much of it caused by the show’s breakout star–Pamela Anderson’s breasts.

“David said, ‘I don’t want a girl that’s been in Playboy,” Berk said of Pamela joining the cast in Season 2 as C.J. Parker. “He said, ‘Children watch this show.'”

“She had these enormous breasts,” Berk continued. “David thought he would be upstaged by everyone looking at her breasts. Which is what happened.”

“There was a holiday weekend and for a couple of days [Nicole] called in sick afterward. Then she showed up back on the set having gotten a boob job,” director Douglas Schwartz recalled of the filming of Season 7.

“She had a beautiful athletic body but didn’t have big boobs at all. Maybe she was feeling a little bit of pressure,” Schwartz said.

If anything, buff co-stars Dwayne ‘The Rock’ Johnson and Zac Efron might be the the ones duking it out over cup size this time around.