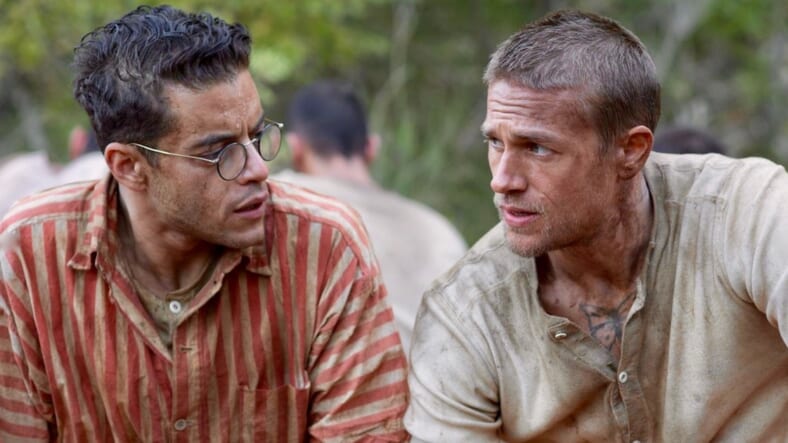 The first trailer for the Papillon remake just debuted, with actor Charlie Hunnam taking on the titular role made famous by Steve McQueen.

Hunnam plays Henri “Papillon” Charrière, who is sent to one of history’s most notorious penal colonies, on Devil’s Island, after being framed for murder.

Standing in for Dustin Hoffman is the star of the upcoming Freddie Mercury biopic, Rami Malek, as convicted counterfeiter Louis Dega.

Together, Papillon and Louis attempt to escape the inescapable Devil’s Island.

The real-life Charrière wrote two autobiographies about his escape and life after (spoiler!), which served as the basis of the original 1973 film.

See if it can hold a candle to the original.