If your dream job is panning for gold, this 22-year-old reality star has some advice. 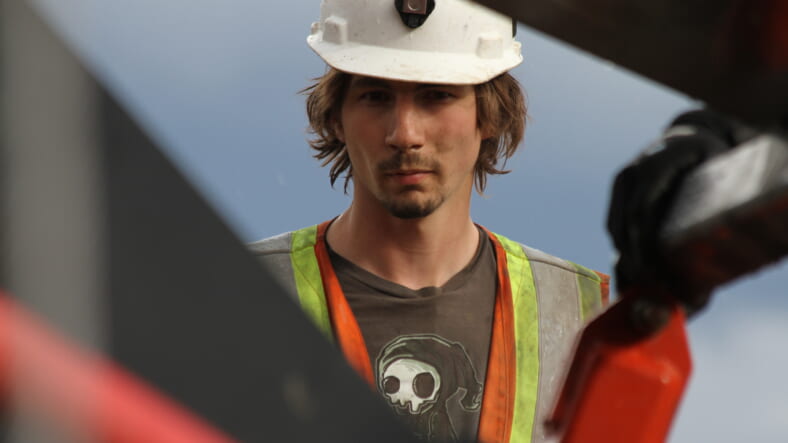 Now entering its seventh season, the hit reality show Gold Rush has brought the extreme highs and hardscrabble lows of Alaskan gold mining to the Discovery Channel. Series star Parker Schnabel, 22, launched his own mining operation when he was just 16 years old. Now, with a multimillion dollar business to run and grizzled miners twice his age working under him, the mining wunderkind talked to Maxim about camp life, dating at a mining camp and how to break into the gold-harvesting business.

You were running your own multi-million dollar mining business as a teenager. What was the hardest part of being successful at such a young age?

None of it was very easy. The hardest part was probably learning how to put myself in other people’s shoes and learning how to deal with landlords, suppliers and most importantly, our employees. As a teenager, you have no experience with those types of things – such as how to deal with problems and come up with solutions. These are things that only you only get with experience.

How tough is it to effectively run a business when there are cameras recording your every action and word?

I spent six years with these guys. Honestly, the cameras don’t bother me very much. They’re there and may take up some time, but it’s part of the business and a lot of them are my best friends. I deal with the problems and it’s not too bad.

You’re a reality TV star, and yet you spend half the year completely away from civilization. How do you maintain a relationship with such a crazy work schedule?

Whether I like it or not, I’m mostly with middle age men pretty much all year. I have a girlfriend and we’ve been together for 6 months. She spent her summer with me and it was great. It was a lot of fun – and we’re doing really well.

How do you and your team unwind when you’re in the middle of nowhere for months on end?

There is quite a bit of built up rage and working all those days and weeks without time off. And that rage can come out when alcohol gets mixed in. A few weeks ago, I had a party and some of the guys started body slamming each other, and started throwing potatoes at each other. If I didn’t intervene, it would have turned into complete chaos. There is definitely a lot of built up rage.

What’s the worst part about about living in a mining camp?

How difficult has it been returning to mining without your grandfather for support, and how was the reaction from the fans of Gold Rush after his tragic passing?

I’ve been amazed by the outpouring of support. It’s been very nice to see that he touched so many people. For me on the mining side of things, it didn’t really change anything or my mindset. Overall, deep down my feeling is that I’m extremely lucky that I had so much time with him. I got to spend a good 22 years of my life with him and a lot of people don’t get that. He didn’t get dementia or sick or have the issues that some people experience when they get older. When I get sad about it, I think of all the good times we had.

As your mining operation has become extremely successful, what’s the coolest thing you’ve bought with some of your profits?

You’ll see it on this season of Gold Rush. I use the money to buy some cool mining toys – including a big new wash plant. And I also got some cool Mad Max-like equipment.

What advice would you give to viewers who want to get into gold mining?

Don’t do it! No, honestly if someone wants to start, my advice is that you need to start small. Start off with a gold pan and a tiny sluice box. Don’t go huge where you’re hurting for money and your wife gets mad.