The Secret Solstice Festival is peddling the most expensive concert ticket in history. 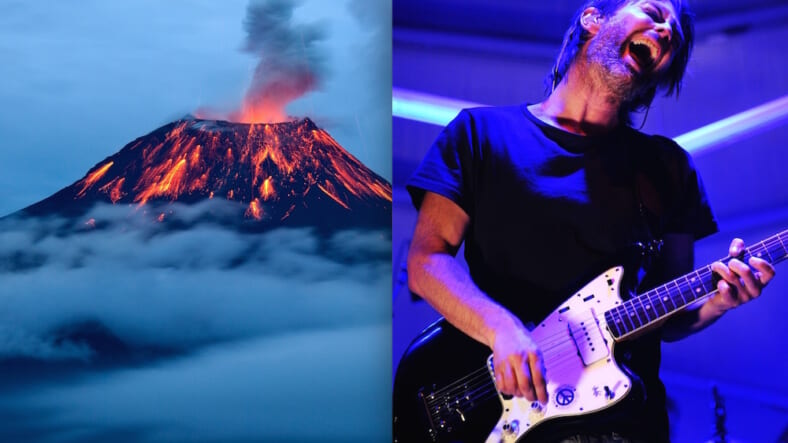 Forget about those run-of-the-mill music festivals packed with hipsters snapping Instagram pictures while waiting in interminable porta-potty lines. For something decidedly more mind-blowing, head to Iceland to party inside a goddamn volcano.

The madmen throwing Iceland’s annual Secret Solstice Festival have announced their latest extreme venue: the dormant magna chamber inside the Thrihnukagigur Volcano. Performances will be top-notch, with appearances from Radiohead, Deftones, Die Antwoord, Action Bronson, and more. For the ultimate experience, VIP treatment is being offered for a whopping $1 million, the most expensive concert ticket in history.

This hand-down tops last year’s spectacle. For 2015, the festival was held inside the ice caves underneath the mammoth Langjökull glacier (read: ice rave). Then, Secret Solstice broke records with a $200,000 VIP ticket, but that’s chump change compared to this year’s asking price.

That covetable VIP ticket promises the whole nine yards for six deep-pocketed guests. They will be flown by helicopter from their plush Reykjavík hotel lodgings to the foot of the volcano. There, they will descend 400 feet by elevator into the magna chamber. Once the trek is complete, they can expect full VIP volcano treatment during the four-day concert.

Secret Solstice lists all the bells and whistles on its website. Some highlights include:

Access to the private VIP artists bar at the festival site

For those of you who can’t manage the $1 million ticket, standard tickets run for $199. The 2016 Secret Solstice Festival lasts from June 16 to 19, though the VIP ticket promises a week-long Icelandic holiday. Get in on it before the yuppies find out.